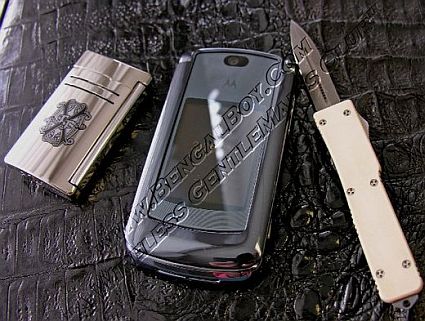 We have seen the Motorola RAZR, KRZR, and the RIZR making waves earlier. Now, they have a new mobile phone in their kitty, which the sources say to be the LAZR. Other than the 2-inches screen, 512 MB of memory, and Linux sport, nothing is known for the Motorola’s new LAZR clamshell at this point of time. Well, it doesn’t have any memory expansion slot, which I think could be the biggest downside for the phone. Anyway, you check out these two cool videos.

Motorola LAZR could be the RAZR 2 was last modified: May 22nd, 2013 by Community Writer | Community.Drprem.com