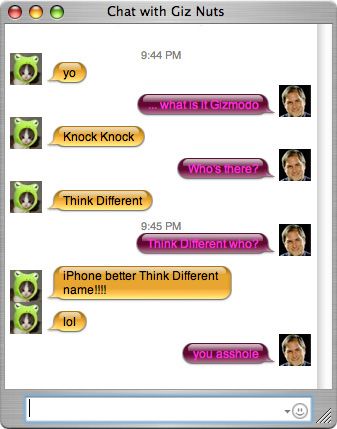 The life is tough but it has been made tougher by the Apple for now over the year the Blogs and the media went mad with iPhone the name clicked and now this forthcoming phone from Apple has been or rather was branded ‘iPhone’.
Now what is Apple going to do certainly they are not that fool and they will have to come up with a better name for their phone.

But we in the industry will also have to start looking for a new name until Apple decides and what can it be: ipac, imac, iapple, music phone, loving phone, most rumored phone, time waste phone. I concede the last four names are as bad as they can get.

One more thing if the phone coming out of Apple is good then who cares what it is called or will be called but plz give suggestions what this new phone can be called.