The advantages are Gorgeous Display, Powerful Processor and Nice Front camera. The disadvantages are No Bluetooth which is a major setback. 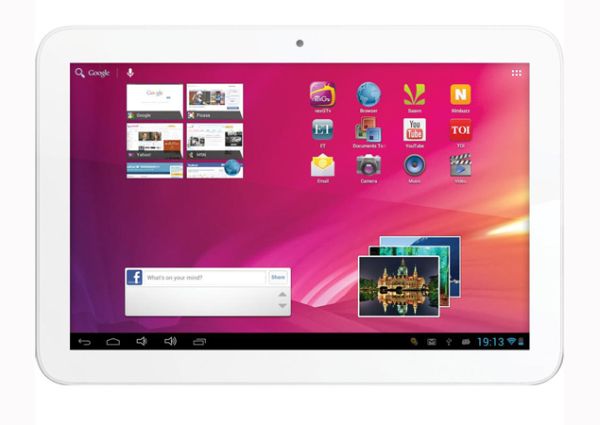 It is an Android tablet with Superb Configuration.

Videocon VT10 features a 10.1-inch IPS Capacitive touchscreen which exhibits a display resolution of 1280 x 800 pixels. The innovation tablet runs on Android 4.1 (Jelly Bean) Operation System. It has been powered with a 1.5GHz processor accompanied by a 1GB RAM.

The VT10 tablet from Videocon packs within itself a 2MP Rear Camera along with a 2MP Front Camera. It houses within itself an Internal Memory of 1GB which may be expanded further externally up to 32GB via Micro SD Card. 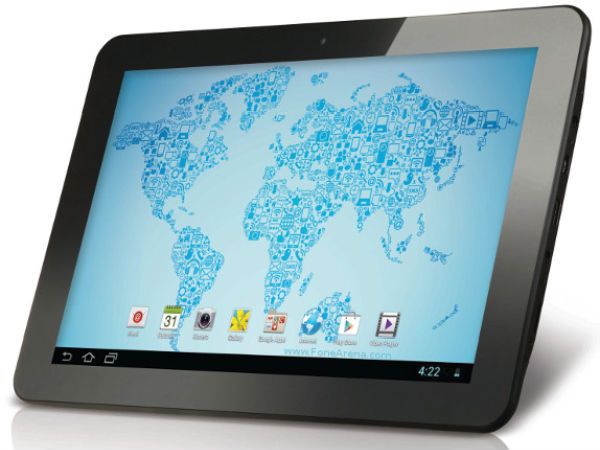 The Android Tablet includes 3G, Wi-Fi, HDMI, USB as its connectivity features and has been fueled with a 6800 mAh battery. The major issue with the Videocon VT10 lies in its battery. The device runs out of battery very soon but also takes forever to get to charge. Even on the camera front, there is a lot to be desired.

If you are looking for a 10-inch tablet and will not mind shelling out a couple of thousand bucks more, then Spice Stellar Mi-1010 is worth considering. The Spice tablet is a bit heavier than the Videocon VT10 but has a better screen and also supports voice calling.

Also if you don’t mind a smaller screen, then the Acer Iconia B1-A71 , which has a 7-inch screen and is available for Rs. 7,999, is also worth considering.