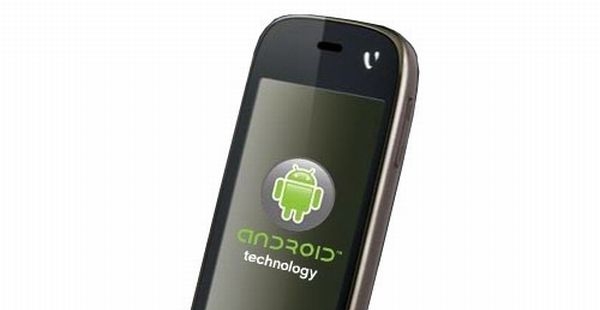 Videocon V7500, powered by Android 2.1 Éclair operating system, provides access to 70,000 applications through the Android’s market place. Videocon V7500 comes with 8 cms multi touch capacitive screen. It has a 5MP camera with both photo capturing and video recording capabilities. It possesses a pre bundled micro SD card of 8 GB and the memory is expandable up to a maximum of 32 GB. It works in 3.5G, 3G and 2G networks. It possesses a one year manufacturer’s warranty. With good memory storage, 3.5G compatibility, multi touch and 5 MP camera, Videocon V7500 is a great buy among the various phones in this category. 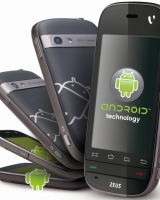 The processing speed of the phone is excellent and is counted among the best among the phones in this segment. The 5MP camera enables to take pictures on the go. The pictures have good clarity and vivid colors. The video recording capabilities add spice to the other features of the phone. Based on the memory storage, videos and pictures may be stored within the device itself. One has also the option to shares photos and videos through the Facebook, Gmail and YouTube applications embedded in the phone. The battery in the phone consists of a 1230 mAH battery with a talk time of seven hours and a standby time of seventeen days. The battery is durable and the longer talk time and standby time capabilities of the battery are one of the best among the phones in this category.

The screen is 480×320 pixels with 262K colors. It has an inbuilt 5MP camera with LED flash and a dedicated camera key. The Videocon V7500 phone has an inbuilt internal memory of 512 MB and comes with an 8GB micro SD card. It has an expandable memory capacity of 32GB. It has music player and video player supporting various formats. The device comes with a 3.5mm headset jack with audio recorders and loud speakers. It is Wi-Fi compatible and has GPS and geo tagging features. It is POP3 email client compatible and has email and calendar synchronization features. Multiple Bluetooth profiles with GAP, A2DP, HFP and HSP is available in this phone. Wireless push email may be accessed through this phone. The various applications in the Android’s market place are accessible through this phone. It has five customizable screens with short cuts for YouTube, Gmail, Facebook, Gtalk, Google Maps, RSS reader, Notepad, Accelerometer, digital compass, android marketplace and is Java enabled. It supports video recording formats – MP4 and H.263 formats. Videocon V7500 also comes with inbuilt magnetic sensor, orientation sensor, proximity sensor and magnetic sensor.

The display of Videocon V7500 consists of 3.2 inch multi touch capacitive TFT screen. The total dimensions of the phone are 114.9mmx56.8mmx12.6mm. The screen supports a maximum resolution of 480×320 and displays 262K colors. The total weight of the phone including battery comes to 114 gms, one of the light weighted phones in this category. For extra-long usage, one spare battery is also provided along with the phone.

Videocon, one of the first Indian manufacturers to integrate Android with their phones is one of the best in the same category. With a price tag of INR. 10,900, this phone is affordable and the price offered is worth the money for all the features listed in the phone. With all the features, specifications, accessories and an affordable price tag, Videocon V7500 is a recommended buy for users who are looking for an entry level Android phone with multiple features.

Best sub $500 smartphones in the market