Home Guide Turn your iPhone into a universal remote control 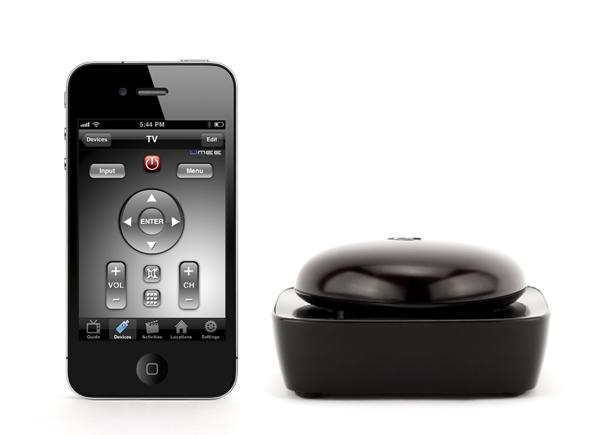 Turn your iPhone into a universal remote control

This article constitutes two hot topics which are of a great concern in our everyday life. One is the increasing use of famous and mighty, iPhone and the other is the extensive use of remote controls for various devices in our homes. So, why not combine the two things? which is quite a topic of discussion between the gadget makers. About one-third of the population of U.S. uses the iPhone. Considering this, there are many companies which have made different attachments and apps for iPhone which enables it to work as a “smart universal remote.” Here are various ways for converting your very own iPhone into a universal remote control. 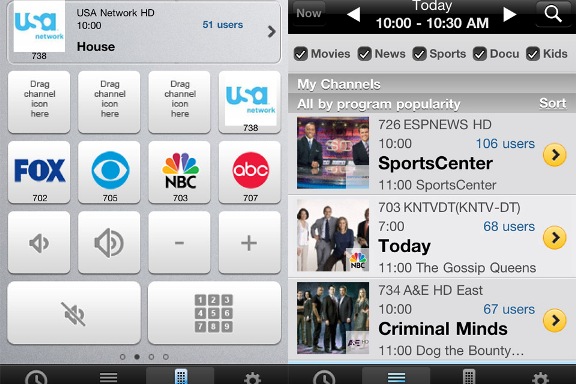 BlinQ is an IR blaster and comes with a free app for your iPhone, iPod or iPad. The IR blaster can be plugged into the headphone jack of the iPhone and after the installation and assigning of various devices for different frequencies, you can use it on the go. The app is not that much appealing but decent enough to use. An on-screen guide appears when you use the app. While the cost is really very low at $10 but the device is quite worth it.

L5 Remote is also a similar IR blaster for which you can get the application for free from the App Store once you have the it connected. It adds the ability to control televisions, DVRs, DVDs, audio equipment, cable boxes and many more. It enables you to create your own custom configuration for buttons by drag and drop of the required commands from different devices in any arrangement you choose. This gives freedom from from pre-arranged layouts of the standard remote controls. It will cost you $50 to get your L5 remote. 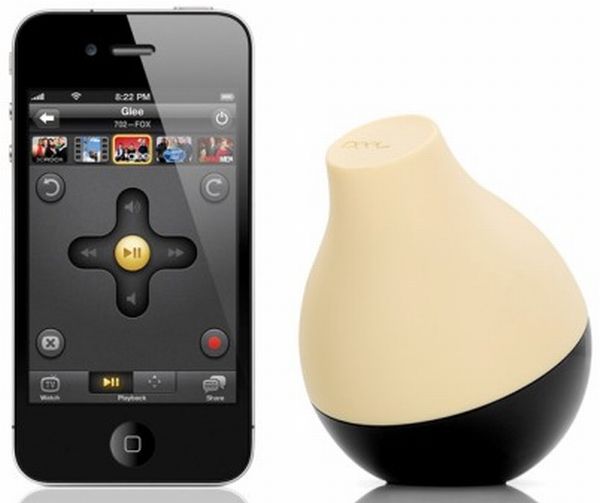 Peel Remote is another IR device which attaches to the iPhone, the difference is that the attachment is quite extended one. You have to plug the peel cable into a power source and an ethernet port on your Wi-Fi Router. The phone sends the commands over Wi-Fi to the pear-looking device which runs on a replaceable C-battery, and then the device sends the commands over Infra-Red to your components. The plus point is that as you are controlling your devices through your iPhone over the Wi-Fi, you need not have your iPhone aligned in a line of sight and the only thing which faces your devices is your pear-shaped IR blaster. This amazing gadget costs around $100. 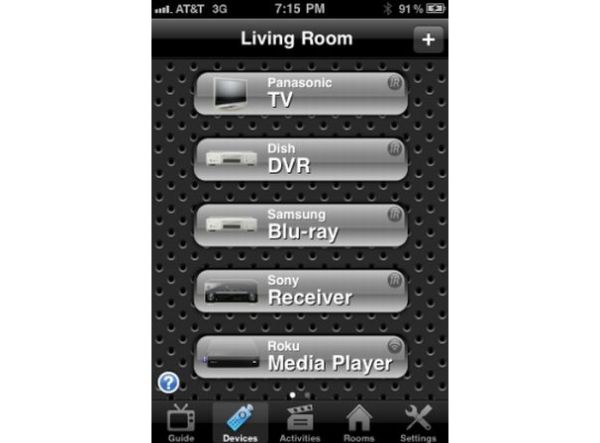 Griffin’s new device named ‘Beacon’ aims to use the fact that while your remotes for various devices always seem to go missing, your iPhone is usually available right in your pocket. Beacon is a $80 device, which can communicate with your iPhone, iPad, or iPod Touch via Bluetooth, and after getting the commands, communicates with your other devices by sending the signals through InfraRed. Beacon is used in tandem with the free Dijit iOS app.

The Dijit Universal Remote Control App, the one created by Maksim Loffee, is a free iPhone app that is capable to control the connected devices, including the ‘Roku set-top box’, without any extra hardware needed. You can schedule your devices’ ON/OFF time through the app itself. The Beacon needs no cables and runs on four AA sized batteries which may last for about a couple of months. 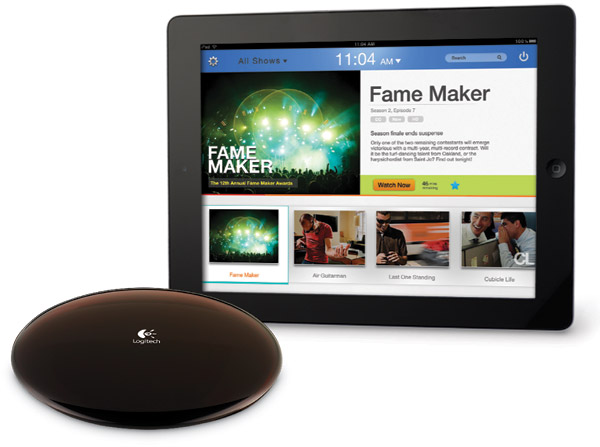 The Harmony division of Logitech has created a lot of universal remotes in past but this time they have come up with a small attachment called Harmony Link (with its own app) which can impart the features of a remote control inside your iPhone. The Harmony Link is a disk looking hardware which sits near your device which is to be controlled and can be sent the signals over Wi-Fi by using the bundled Harmony Link App. Small sized IR blaster protrude from the back side of the Harmony Link device which then tell the device what to do. According to Logitech, it can replace 8 remotes which is really a great thing. The Logitech Harmony Link will cost you a $100 which seems worth the price when you see its features.

There are many ways like buying the above devices to convert your iPhone into a universal remote but in my opinion, if you just need the basic features of a remote inside your iPhone then there is a cheapest way to do that (in about $2). Get the following items before we start:

Go through the below video for detailed instructions for attaching the LEDs with the plug:

Where can I get Verizon iPhone Bumpers?

When is the iphone coming to sprint?

How to root the Motorola Droid Razr...

Why I am not able to connect...

what is the battery life of Nokia...