Home Off Beat The Samsung Galaxy s10 plus – The best smartphone of 2019? 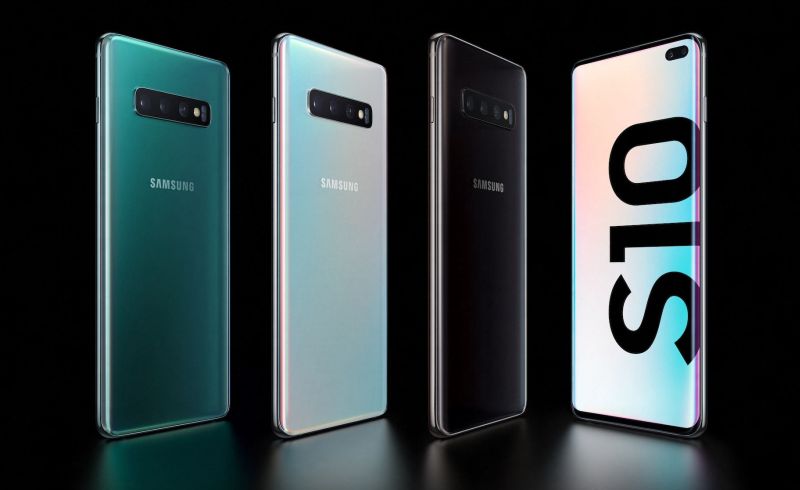 South Korean tech giant Samsung has well and truly cemented themselves as one of the premier smartphone designers. Their range of ‘Galaxy’ smartphones have gained a cult following across the globe and helped the Android operating system reach mainstream popularity. It should be no surprise then, that their latest offering, the Galaxy s10 is an absolute peach. In true Samsung style though, they have simultaneously released a bolder and pricier unit, The Samsung Galaxy s10 plus.

Boasting a bigger screen, improved performance, and better battery life, the Samsung Galaxy s10 plus looks to push the Samsung brand even further. The s10 faces some worthy competitors in the Google Pixel 3 and LG G8, but this beefed up bruiser looks set to re-establish Samsung’s dominance. So then, is it any good? Let’s find out.

The first thing I noticed about my review unit (a Samsung galaxy s10 plus black) was the expansive edge-to-edge display. Samsung’s AMOLED screens are the best in the business, so it’s no surprise the s10 plus has one of the best smartphones displays ever. Text and websites look as crisp as you would expect from a QHD+ display, and color reproduction is sublime. With a screen to body ratio of 93.1% the s10 plus definitely looks the part as a flagship phone.

Under the hood, the Samsung Galaxy s10 plus is packing some major firepower, utilizing the same monster Qualcomm SDM855octa-core CPU as the s10, with an additional serving of RAM. Whilst the s10 had 8gb, the s10 plus has an eye-opening 12gb. Battery capacity is larger than the s10 too, with a hefty 4100mah on tap. If the s10 is a very powerful phone; the s10 plus then, is even better.

In my mind, the s10 plus is the best Samsung phone you can buy right now. Is it the best smartphone though? Competition seems stiff, even from within Samsung’s own ranks, as the hotly anticipated Note 10 hovers over the horizon. Can the s10 plus even be considered the best Android phone on the market?

There is one other player that not only rivals Samsung’s devout following, but also shows them how it’s done. Of course, I am talking about Apple, the company that singlehandedly dragged smartphones into the mainstream. Apple’s offerings to the smartphone market are refined, ultra-stylish and very, very popular. If you want the best iOS experience possible, there is no other alternative. If you are an Apple fan, there is nothing about the s10 plus that will entice you over to the other side.

If Apple isn’t your thing, Samsung has always been the go-to brand for a comparable experience. The s10 plus is in a league of its own in the Android arena. The s10 had some stiff competition, but the plus edges them out with its larger display, bigger battery, and faster performance.

It’s hard for me to say that the s10 plus is 2019’s best smartphone. Not because it isn’t brilliant, because it is, but because “the best” phone for me, might be a disaster for you. If you want the best screen, battery life and performance in an Android handset, the Samsung s10 plus is the best phone you can buy right now – if you can afford it.

The s10 plus is priced a lot higher than other flagship phones. Make no mistake, you are getting a beast of a phone for your cash, but for many people, this may not represent the best value. If you a “phablet” person or just want the best Samsung phone right now, I would be hard-pressed to recommend you anything but the s10 plus. For everyone else though, there are better options out there.

Top Four Apps Everyone Should Have to...