Technology is progressing so much so that there is a new, interesting and useful technical gadget being invented every single day. There are so many of these in the markets and have different functions and capabilities. 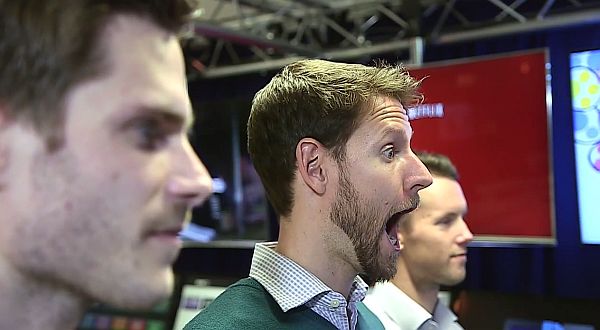 To mark a new entry, here is all-new facial scanning software that is likely to be launched very soon. This facial recognition software will reveal your emotions and interests while you are spending time watching your favorite happenings on the television.

According to the tests that are likely to be conducted for the efficiency of this software, a group of 200 volunteers from the United Kingdom who view the British Broadcasting Corporation will be provided with facial coding cameras. These cameras are able to detect emotions like happiness, anger, fear, anger, surprise, disgust and sadness.

This hi-tech invention goes to the credit of CrowdEmotion from Britain and has recently received the “Innovator’s Innovator” award by the Technology Innovators Forum. According to Matthew Celuszak, the founder and CEO of CrowdEmotion, the technology aims at capturing gestures of the face, which is then used to read emotions with the assistance of neuroscience studies that were carried for a long span of almost 20 years. These studies have now become fruitful to explain how the human expressions are converted into emotions and finally the way these emotions are understood by different people.

Celuszak explains that these cameras and microphones can be applies to study emotions wherever you feel a personal need to. These would help you to study human emotions and comprehend them for better understanding of a person’s mental health and symptoms of depression.

Experts say, after this initial trial period, BBC aims at moving a step further and conduct the tests as per the global market, which would form the second reviewing period of the software. In addition, if it works there too, then a final third stage-testing period would be planned for even further international marketing regions.

BBC has released a video describing how the software was tested to explore a baby’s emotions and the findings were extremely mind blowing. However, BBC’s new software is still under process to be tested in its initial stages and will be soon tested in Russia and Australia.

The success of this amazing face revealing software could be a major shift in technology, since it has the ability to provide enormous perception into the secret minds of many.