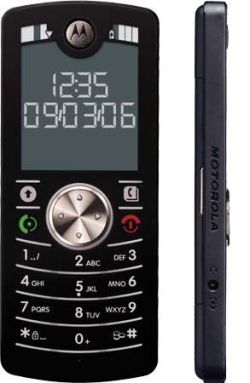 The Motorola today released their new low-cost Motofone’s in the Indian market today.
The phone is also slated for a world wide release in the coming months.

The phones are based on the Moto’s new SCPL design platform and are available in two versions of GSM and CDMA.

The phones which are basically for the emerging markets will drive the prices to a new low in the cellphone markets.

It has a 5-way navigation pad and supports 32 chord ringtones.

Finally a Legitimate Fall in the Palm...