According to the annual rankings of the American Customer Satisfaction Index (ASCI), Samsung and Google have gained over their closest rival Apple in terms of brand value and customer satisfaction. Though from the last year, Apple has still been leading the index score for customer satisfaction, it has lost on its previous scores, while its competitors have gained on their respective scores. With regards to smartphone satisfaction, Apple has received a rank of 81 out of 100, which is a loss of about two percent over their last year’s ranking.

Motorola, with a rank of 77, has occupied the second place after Apple while gaining five percent over their 2012 ranking. The next in the line was Nokia with a percent gain. The major gainer this year remained Samsung with a positive difference of seven percent over their previous year’s ranking. Nokia and Samsung both received a ranking of 76. Though HTC and LG faced a loss on their rankings, BlackBerry maintained the same rank of 69 as they had during the last year. The first ranking of smartphones was done in the year 2012 and since then, Apple has launched its iPhone 5 while Samsung has brought about various devices that include its latest Galaxy S4. But, Samsung has gained the most from its Galaxy S3.

Wireless telephone service was also ranked by ASCI. In these rankings, Verizon Wireless came on the top position with a gain of about four percent over the previous year. Its ranking remained 73 as compared to Sprint’s ranking of 71 and AT&T Mobility’s ranking of 70. While Sprint did not show any gains or losses, AT&T slightly came up by a percent over its 2012 ranking. Sprint has also been outranked this year by Verizon. T-Mobile dropped to the last spot while scoring 68 on the rankings. 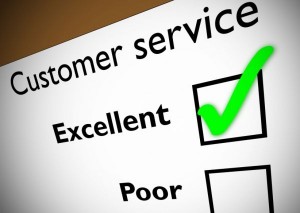 There were 70,000 people surveyed by ASCI throughout the United States in order to provide these rankings. The survey organization asked consumers about their product and service preferences. The satisfaction is measured with over 230 companies across several industries and economic sectors. Now, it is important to watch how these rankings affect companies like Apple and if they adopt any strategies that get to reflect in their future rankings. Well, ASCI have done their work and now it’s up to the companies to go and play on the field.