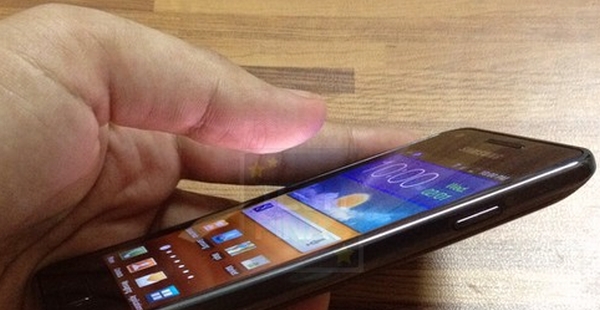 Samsung never fails to amaze and awe. Here comes a phone from the Koreans that will keep you occupied till the Galaxy S III comes out. The Samsung Galaxy S Advance may very well be the hint for Galaxy S to finally retire in peace. The Galaxy S Advance is a large phone (along the same lines as the Samsung Wave 3 or the Omnia W) and plans to make the best of the Galaxy S legacy. While Samsung seems hell bent on promoting the Note, Galaxy S Advance has its own “look at me” features. Considering that the company is concentrating more on tablets and phone-blets (perhaps to give the Google Nexus a free run) the Galaxy S Advance emerges as a breath of fresh air. 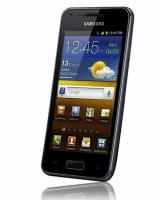 The Galaxy S Advance is one of those phones, like the Galaxy S or the Galaxy S II, which are both good as an actual phone and a smartphone. The CPU and the GPU have enough clockspeeds to run Gingerbread like a knife through butter. Menu transitions are smooth and no lag is noticed. Memory intensive games run smoothly and multitasking is a charm. A File manager comes pre-installed which is quite a relief. In addition it comes with an office document editor. As for connectivity, WiFi and 3G performance are excellent and video calls show no stutter. Call quality and signal reception is great as well. Noise and crosstalk are both tested at -88.0dB. The huge 1500 mAh Li-Ion battery gives a Stand-by of Up to 570 h (2G) / Up to 550 h (3G) and Talk time of Up to 15 h (2G) / Up to 7 h 20 min (3G)

The Galaxy S Advance supports Quad Band GSM/GPRS/EDGE and Dual Band 3G. HSPDA is at 14.4 Mbps and HSUPA is at 5.76 Mbps. The screen is huge at 4”. It is a 16M color super AMOLED capacitive touchscreen with a WVGA resolution of 480X800 pixels and a pixel density of 233 ppi (higher than the retina display of iPhone 4S). The phone’s processor is a 1GHz dual core Cortex A9 coupled with a Mali 400 MP GPU. RAM and ROM are 768 MB and 2 GB each. The phone runs Android OS v 2.3.6 Gingerbread which has been customized with the TouchWiz UI v4.0. The primary camera is a 5MP auto-focus variant that has a LED flash and supports features like face and smile detection. The secondary camera is a 1.3 MP for video calls. Video recording is HD at 720p at 30fps. The Galaxy S Advance has Wi-Fi 802.11 b/g/n support and can be used as a WiFi hotspot. In addition there are proximity and ambient light sensors and a gyroscope.

Samsung is definitely not winning any awards in the design department. Their phone designs are not as innovative as its competitors, like say Sony Ericsson. The Galaxy S Advance has a very simplistic design. It is evident that the company did not want to waste time or energy in bringing out a new look for the phone. The “new stuff in an old box” philosophy could have backfired but the phone holds its own. It’s nicely curved, just like the Nexus, and is quite ergonomic in the hand. The back panel is slightly curved and for a reason: the phone is actually bottom heavy so it makes for quite a secure hold. Unlike the Galaxy S, the S Advance is a bit angular and feels like the Galaxy S II which is good. The screen takes up most of the front area and is an absolute delight. The super AMOLED screen churns out a crisp display which has excellent sunlight legibility, thanks to the ambient light sensor. Under the screen is a single physical home button and capacitive Back and Menu keys. The capacitive keys are invisible until tapped upon and the Home key is a tad bit narrower than the one on the Galaxy S, probably to accommodate the screen.

The Galaxy S Advance is a smartphone that brings nothing astounding to the table, but it may actually have found itself a niche. The Android playground is quite crowded, it may seem, but there is still almost no competition matching the Galaxy S Advance’s set of features.

Do you help me to choose cell...

5 Awesome uses you can put your...

Can you give me some bite on...