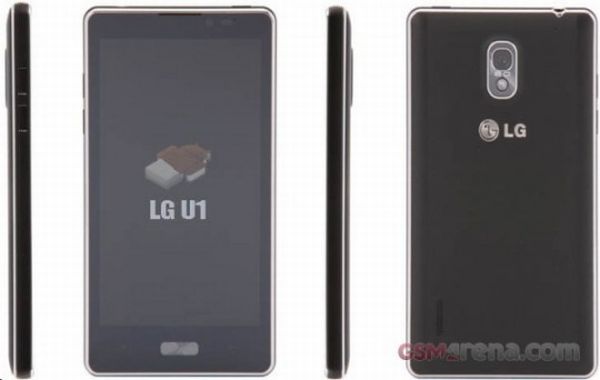 Mobile phone enthusiasts who keep a sharp eye over who’s about to foray the mobile phone segment and who’s about to stiffen the competition through upgrades are definitely in for a treat. After witnessing confirmation on Galaxy Nexus’ striking foundation on the Ice Cream Sandwich OS, here’s more but from the LG house this time. The company recently unleashed some tidbits that their latest LG Optimus U1 will be LG’s first Android Ice Cream Sandwich phone. Although there’s a slight similarity to the Samsung Galaxy S II, the new smartphone from LG catches attention with an incredibly sleek chassis and the popular ICS operating system off course. Based on the latest property of the mobile operating system world, the feature-loaded Optimus U1 is anticipated to release by LG’s much known LG U+ mobile network service.

The super stylish LG Optimus U1 is anticipated to be launched sometime next year, most probably in the first quarter of 2012. However, the pricing details are very much kept under wraps for now.

Enclosed in a slim, satiny framework, the most recently surfaced handset has caught a lot of attention by touting to be the first Android 4.0 powered smartphone from LG. Consumers may appreciate the fact that while the Korean mobile phone manufacturer is putting their best foot forward to incorporate the Android 4.0 – Ice Cream Sandwich – upgrade for all their Gingerbread based device, LG has already settled upon what to reveal in the coming year. Although the specification list for the phone has not been disclosed yet, the smartphone appears to be a tough challenge for other performance-oriented handsets running in the market. Apparently, the Optimus U1 features its main function button on the front whereas the home and the back buttons have been designed to be touch-buttons. Sporting an elegant, trendy look, the phone also seemingly incorporates a high-end 8 megapixel camera for people inclined towards cherishing their good times. At the same time, if the recently divulged pictures are to be believed, the phone accommodates an impressive LED flash just below the camera and most likely will lend support to 1080p high definition video recording. The device is also rumored to feature a 4.3-inch touchscreen display and an efficient dual-core processor, clocked at 1.2GHz.

Though LG Optimus U1 is buzzing the town with Google’s yet unreleased Ice Cream Sandwich, the smartphone looks pretty shady at the moment. Users may somewhere find the device’s home button of no significance, considering the fact that LG could either use Android 4.0 and do away with all the buttons to save space towards the bottom, or incorporate physical buttons and remove virtual buttons from inside the Android 4.0. Entitled almost like a code name ‘U1,’ the handset also gives a further doubt of showcasing a few dots near the home button – showing a high possibility of being Android and also running Windows Phone 7. Since the specification list for the Optimus U1 is not out yet, it may be a bit too early to comment on ‘what’s not so great’ about it.

As aforementioned, the device from LG has already caught our ears and eyes for the highly-anticipated Ice Cream Sandwich operating system. Users who were biding their time for an Android 4.0 update on their Gingerbread handset may look forward to LG’s U1. However, it’s still very much unknown whether the handset will give a competition to Apple’s iPhone 4S and other advanced smartphones or will fail to impress us enough. Users may also look forward to experiencing amazing video recording and its great 8 megapixel camera. The sleek phone probably has a lot more in store for us in the coming year.

The skinning LG Optimus U1 looks really promising in terms of its thin design and hardware specification. Nevertheless, it’s quite confusing to believe the pictures that recently hit the web world about the handset. The home buttons raise a few concerns regarding the operating system at the same time. According to the reports, the device is expected to be announced in the first quarter of 2012 and may then reveal more about their features and the biggest concern about the Ice Cream Sandwich operating system at its core. Users are just advised to be a little more patient for LG to divulge details on the same.

Why the Screen keeps dimming in my...

Is there any special google maps for...

What to do in case HTC touch...

Can I increase the size of icons...

How to choose custom ringtones in my...

how to tap a cell phone?