Offbeat mobile chargers that can weird you out

These quick energy draining smart phones can turn into a nightmare if we of a sudden found out in mid of nowhere that their battery has gone dead because the charge in the one you own has depleted. A disdainful and derisive feeling gets on for self and the phone that the device we so heavily banked on to map our way through a new place is now incapable of doing as little as making a phone call.

Inventors have been taking pains to help you out from this despicable situation by devising new kinds of chargers to keep your phones ringing for ever- some of them are really weird stuff. Let’s have a look at some of them. 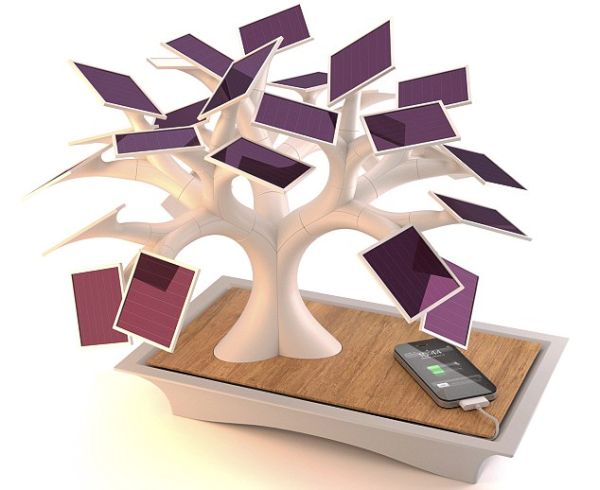 Now calling this charger unique would be an understatement. It is in fact a piece of art. The charger shaped in the form of a tree holds chip shaped 54 solar cells at the fag ends of the branches. The branches are adjustable to face sunlight. This gadget will surely win many an admirer for it at your home.

Here is a self-charging device that you can generate charge in by giving a few twists and turns to the Rubik’s cube. The device combines in it fun of the game and the utility of the charger. What the Rubik’s cube does is that it converts magnetic energy into electric energy as you twist the cube and stores it in the internal lithium battery by the process of electro-magnetic induction. 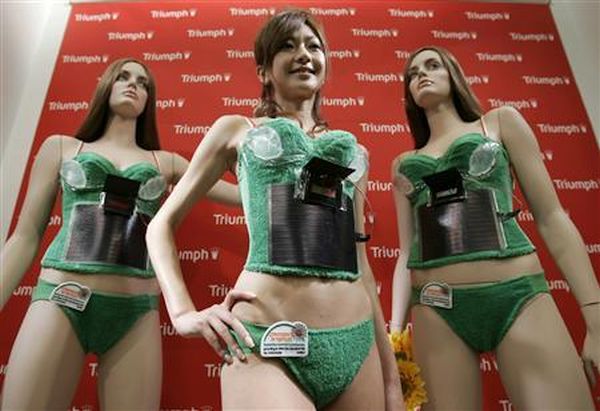 For those Bay-Watch admirers and those who themselves like to go out to the seas in their under wears and bath suits, it is a yet another excuse to wearing them. The kit consists of a green colored bra contraption on the surface of which towards the belly is attached a solar panel. Exposure to the sun help it built up enough power to charge a mobile device. For those who are well clothed, there is an option to power it with electricity. 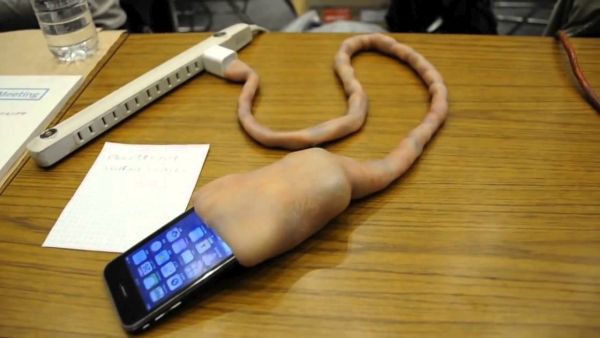 If the notice of that squirming fleshy mass, lying carelessly on your desk leads the home visitors to believe that it is a human umbilical cord, you might like to reserve your comments on it. For you know that this squirmy and almost nauseating piece of human flesh is nothing but a charger that keeps your mobile device breathing. To add to the dreariness of it, you might like to display to all of them that how in a blood curling manner the mobile device is tucked into the mouth of this cord in order to charge. So with this sordid piece of gadget, get your guest horrified! 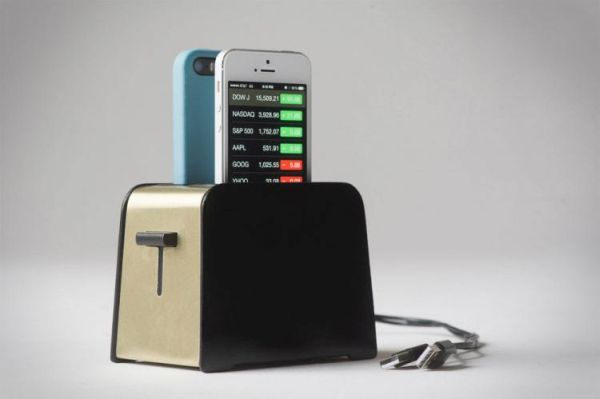 If toasting the bread in kitchen seems a rote affair to you, why not toast your phone battery. Well literally, this unique toaster shaped charger lets you do this. Just tuck in your mobile battery into the charger and when it gets charged, it will pop out from it like a toast. Amazing!

So if any of these unique charges appeal you, have a grab of them. Some of them are amazing pieces of technology and art, while with the others you can call pull a prank on your friends and stump them with your purchase.

Low radiation cellphones that can find love with some patrons

5 – Best external lenses for your smartphone...

Best Smartphone Accessories Of 2018 everyone must know...