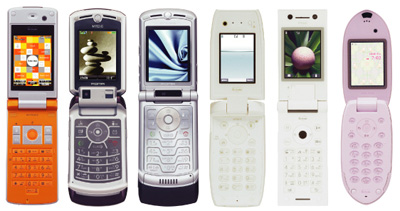 The D704i and SH704i offer access to “One-segment” terrestrial digital broadcasts. The F704i is a slender waterproof phone with 3G international roaming capability. While the L704i is the global “LG chocolate phone”, which allows users to download fast music by using HSDPA technology and roaming on 3G, GSM and GPRS networks.

The P704i comes with Smart Flash, which is capable of taking pictures even in poor light also. It is compatible with the Uta-hodai service, which allows users to download full-track music from i-mode sites. While the SO704i has nine optional Style-Up panels, which illuminate for incoming calls. The N704i’ and P704i’ are 11.4-mm, extra-slim W-CDMA clamshell handsets, which provides number of features, including 3G International roaming.

Google Video for Mobile devices… But Not...

Video: These colossal phones are factual!