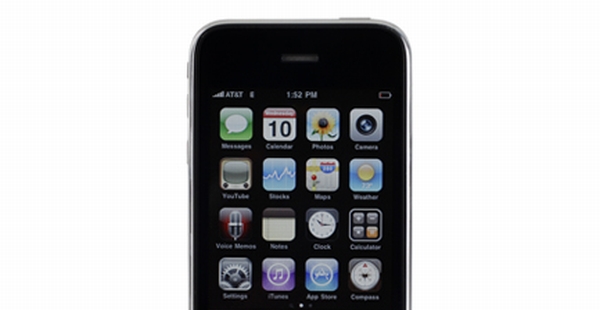 The Apple iPhone 3GS is not a path breaking gen-next iPhone. There is, however, a substantial performance boost, a more long lasting battery and a better camera, making the iPhone 3GS a better smartphone than its predecessor. Though the design has remained not much different, it’s still an iPhone and it’s better than not having one! The “S” in the 3GS may mean a lot of things; we think it stands for ‘Speed’, as the ‘S’ in the iPhone 4S stands for Siri. 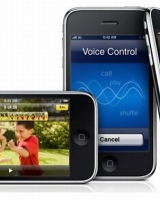 The iPhone 3GS still uses the iPhone 3G’s design and form factor but the extra hardware crammed under the hood means that the 3GS will perform two times better than its predecessor. The speed boost, however, does not bring any new features or abilities to the phone. The hardware upgrade seems more like Apple upgrading and evolving with the smartphone market throwing faster processors and more RAM in each other’s faces. Still, the iPhone 3GS performs quite well and without lag. Call quality and signal reception is great as well. The standard Li-Ion 1520 mAh gives a stand-by of Up to 300 h, talk time of Up to 12 h (2G) / Up to 5 h (3G) and Music play of Up to 30 h

The iPhone 3GS is a Quad Band GSM/GPRS/EDGE supported phone with Dual Band 3G. It has a faster processor, compared to the iPhone 3G, at 600 MHz and double the RAM at 256 MB. HSPDA is supported at 7.2 Mbps. The camera is an awesome upgrade as well. It is a 3.2 MP auto focus camera which features subject tracking with touch focus and a macro mode that can snap pictures as close as 10 cms. The 3GS also supports video recording, a welcome upgrade, at 30 fps VGA. The 3GS also comes with almost double the storage capacity with 16 GB and 32 GB variants. The display is 3.5” TFT capacitive touchscreen with a native resolution of 320X480 pixels and a pixel density of 165ppi. The display is coated with an oleophobic layer that makes wiping off fingerprints easier. The phone also features voice control which can be used to call a contact, play a track or shuffle music. TV output is now 480p instead of 480i.

In the design category, the iPhone 3GS disappoints. The only subtle difference from the 3G is the iPhone sign and the fine text being in chrome rather than in gray ink. Strangely, the iPhone 3GS does not come branded with the 3GS logo so people can’t really show off this faster upgrade as fully as they would want to. The front of the phone is virtually the same, with the same iconic single home button design. The display is still cutting edge with vibrant display, crisp images and excellent sunlight visibility.

The iPhone 3GS is, in a nut shell, a better iPhone 3G and there is nothing overtly groundbreaking about this Apple offering. The changes are only incremental and nothing to be touted about. The hardware and software upgrade do make the 3GS a more balanced smartphone though. The iPhone 3GS has sufficient allure to bring in the iPhone 2G and 3G users to come in and exchange their old iPhones for a new bite at the Apple.

Can I get an additional stick with...

Which is the best GPS phone?