Interesting facts and rumors about iPhone 5 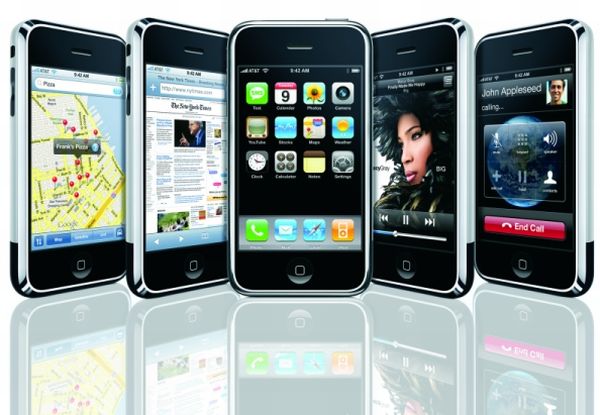 The much awaited iPhone 5 is no doubt a magnum opus. It is believed to change the way we look at smartphones. Though the company has not released any official announcement about the release date or other features, there are a lot of speculations circulating among the users all over. If you browse the internet you will come across a lot of websites that provide many details about the iPhone 5. Just like the earlier counterparts, this version is also creating a lot of uproar in the user community.

It is believed to have a lot of upgrades features from the previous models. Read on to find out the facts and rumors about the much awaited iPhone 5.

1. Hardware
Almost all the Apple products are designed with a strong sense of elegance. The iPhone 4 too has a strong professional and cool look. The iPhone 5 is believed to be slimmer, thinner, stronger, and more appealing than its previous counterpart. Unlike the glass display, the latest version may be a metallic version. The shape of the phone is also believed to have the curves instead of the square shape of the iPhone 4. It would have a larger display then iPhone 4.

b. A5 Processor: One of the best features for the iPhone 5 is the processor. Since the iPhone 4 came with the dual core processor, let us assume that the iPhone 5 will have the A5 dual core enhanced processor for better performance.

c. No home button: The new iPhone 5 may not have the home button. Apple is using more improved and gesture based controls with the iOS 5. So you can expect a large interface change in the latest Smartphone.

d. RAM and storage: This version of the phone is believed to have an improved 1 GB RAM with dual core processor. In iPhone 4 it was just 512 MB.

a. iOS 5: The new phone may come with a new operating system. IOS 5 is certain because it has been officially by the company.

b. iCloud: Icloud is the next big software according to Apple in cloud computing. The phone may come with the iCloud button for enhanced performance. You can sue the iCloud enabled applications for doing various functions with your photo, document, bookmark, contact, calendar or anything else.

Users all over the world are eagerly waiting for the release of their favorite Smartphone iPhone 5g. With a lot of speculations about the features and the release date, many of experts are of the view that the latest version may also be known as the iPhone 4S. The date of the release has not yet been officially announced. However, people are looking forward for the second half of the year 2011 or somewhere in late October. Some people believe that by mid-October you can find the iPhone 5 in the Best Buy. According to the company, the product is set to release this year. This is the only official confirmation given with regard to the release.

Many users are eagerly awaiting the new phone because they have a lot of issues to be addressed in the previous version. They believe that they can get a better version with improved features and problems addressed. Some improvements looked forward to are improved battery life for longer talking time and a sleeker model with stunning design and features. Another rumor is based on the display screen. Many people claim that the screen of the latest version may be about 4.2 inches. Some believe that it is just 3.5 x 3.5 inches.

According to the users, the longer the wait, the better will be the features. As per the latest rumors, the release date for the iPhone 5 is October 21st. Let us keep our fingers crossed and see what happens. Apple is reaming quiet about the product in order to create a curiosity and hype over the product. Overall, the features, the design, software, and hardware can be felt and experienced for real when you have the product in your hand, or at least in the market. Let us wait eagerly for this favorite Apple product till it hits the market.

What to expect in the much awaited Samsung S8600 Wave 3