The iBall Andi 5L is a budget dual core android device which has got a large display. It has got a 5 inch display but the resolution is a bit low for the display size and is just 480 x 800 which does not give an impressive pixel density. The processor is a dual core cortex A9 running at a clock speed of 1 GHz coupled with 512 MB of RAM. The device runs a relatively older version of the android which might be an issue as smaller manufacturers does not really bother to provide updates. 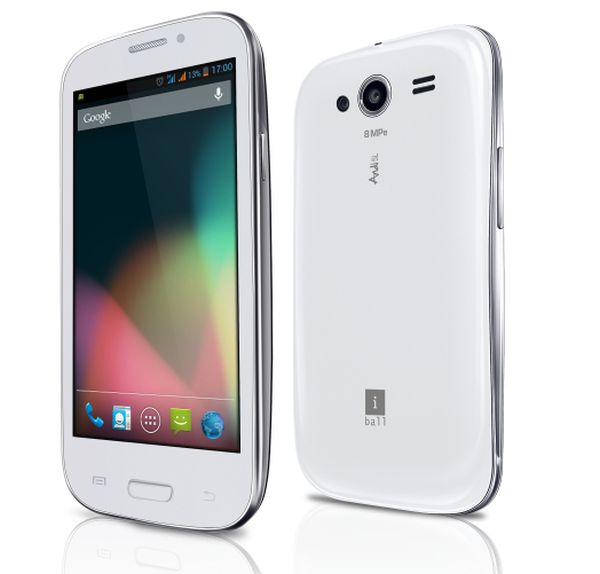 The camera is 8-megapixel with a LED flash and is capable of recording semi HD videos. The front camera is VGA. The device is powered by a 1800 mAh battery which would be able to take the device through a day of usage. The device can house two SIM cards at the same time.

IBall Andi 5L is available in all major cities of India such as Delhi, Chennai, Bangalore, Kolkata, Hyderabad, Mumbai, Gurgaon, Noida and Pune.  The only negative aspects of the handset are Low amount of available RAM, Poor pixel density and No Jelly Bean out of the box. All in all, a good choice for a budget handset.