What you should know about HTC Vivid, a 4G LTE smartphone coming to AT&T 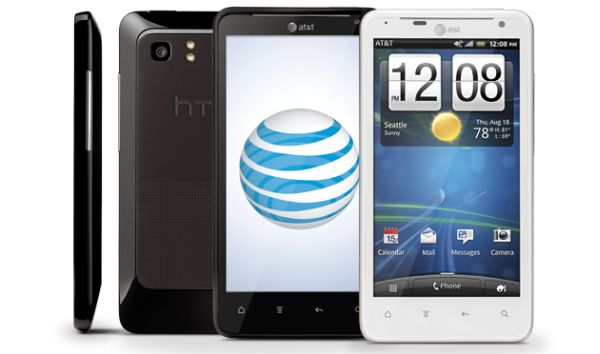 The new HTC Vivid is anticipated to be available through AT&T stores and online in November. The handset will be tagged at a price of $199.99 with a new two-year agreement. Users who will snap up the Vivid can choose the Data PLus LTE Plan from AT&T that provides 200MB of data at just $15 per month. They can also opt for Data Pro LTE plans for $25 per month that offers 2GB of data.

Based on the Android 2.3 Gingerbread operating system, the stylish HTC Vivid is the first 4G LTE capable Android phone with an important, advanced hardware under the hood. The phone lays its foundation on HTC Sense user interface and a powerful 1.2GHz Qualcomm chipset for an enriched, speedy user experience. For users who are inclined towards cherishing good times, there is a magnificent 8 megapixel camera with f/2.2 28mm aperture. Users can even record their full widescreen 1080p high definition videos at 60 frames per second with utmost ease. For people who have loads to stockpile, the handset also features 16GB of on-board storage and a microSD card slot for memory expansion up to 32GB. Some other great attributes offered by the smartphone include LTE/HSPA+ 4G capability, 3.5mm headset jack, Bluetooth, 802.11 Wi-Fib/g/n and access to the Android Market and Google & AT&T services.

Although the entire specification list for HTC Vivid has been revealed, the company needs to shed light on the standby time and talktime rendered by the integrated battery. Also, it will be a bit too early to comment on ‘what’s not so great’ about this new 4G LTE-enables smartphone.

By taking advantage of the proffered access to Android Market, app lovers will also be enabled to download and install applications for an immersive journey. Besides this, HTC and AT&T may come up with an Ice Cream Sandwich update in the near future.

The incredibly smooth and good-looking HTC Vivid smartphone from AT&T looks indeed promising for consumers hanging onto their hats to experience multimedia with blazing-fast speed. Powered by the full power of LTE, the handset ensures that users can upload their photos or videos like a breeze after using the exceptional camera. The HTC Vivid should put forth an immersive user experience – be it capturing high quality photos, staying connected through social networking sites, indulging in fast web browsing, listening to music, or viewing content on a customizable active touch screen. HTC loyalists or other users may simply put their feet and wait for the smartphone to be released through AT&T in order to experience a slew of amazing features packed in an eye-catchy body.

Software that Reveals Your Emotions through Scanning of...

Cider lets you run iOS apps on any...

Why I am facing problem while sending email...