Here is a sensational match-up for you! The two contenders from HTC come face to face in a battle for supremacy. Both are smartphones and come with similar insides. But there are slight differences and tweaks between them and price is definitely one among them. We shall dive into the minute details, those nitty-grittys that separate one from the other. Who will be the ultimate winner? Read on to know for yourself. 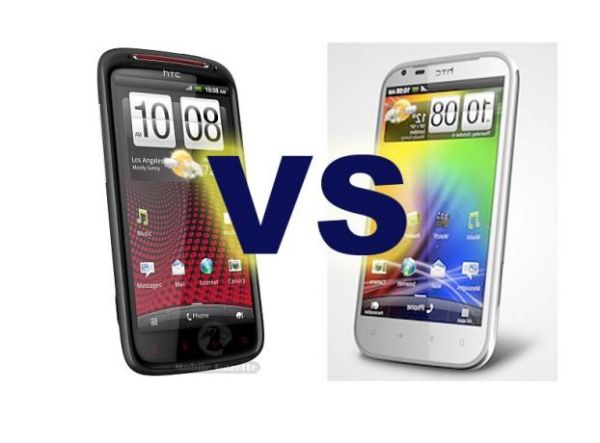 To zero in on the finer details and features, we shall choose some important comparison attributes between the phones.

Winner: Sensation XL ( based on size)

– Sensation XE ( based on richness of display)

When it boils down to price, the HTC Sensation XE which is priced at $599.99 on Amazon will definitely be cheaper compared to the $634.99 priced HTC Sensation XL.

Both the smartphones come with a dual camera feature – one in the front and one at the rear. Both of them have cameras at the rear that have an 8 MP resolution. However, it must be said that judging the cameras to be same based on this information would be totally wrong. The XL comes with a f/2.2 aperture which is very wide for a mobile phone. This ensures good quality pictures even in low light conditions and ensures that the camera is speedy and smooth. Thus, the XL excels in imaging results. The front camera too scores in the XL. The Sensation XE has a front camera with a resolution of only 0.3 MP while it is 1 MP in the Sensation XL.

As far as the video shooting is concerned, the Sensation XE offers 1080p shooting while in Sensation XL, it is only up to 720p. This lesser format is more than compensated by the fact the the Sensation XL boasts of better quality shooting with its camera.

In terms of the features related to connectivity, both the phones run neck to neck with DLNA, Wi-Fi and the Bluetooth 3.0. The HTC Sensation XE, however, enjoys a slight edge over the HTC Sensation XL with a HDMI-out feature that the latter lacks. However, this might not be such a big win considering that the HDMI-out is almost being outdated today and thus its relevance is highly questionable.

Both the smartphones have been targeted to music-loving audiences in general. While the XL is meant for audiences who love large screens and displays, the XE is for those who prefer a higher quality and sharp display.

It becomes a very difficult task to pick a winner from among the two choices. While the XE is lighter and has better specifications in most of the critical areas, it fails horribly when it comes to the internal storage. The XL does not have specs as impressive as the XE but boasts of a large screen and great display. But since the XE gives better quality and sharper displays, it still scores a few points. The XL’s lack of card slot for storage is more than amply compensated by its large internal memory. However, in the final analysis, the Sensation XE would be the marginal winner though the low storage capacity still pinches a bit.