The Berry sure has lost its market share to Google’s Android and Apple’s iOS. Gone are the days when business consumers would blindly choose RIM’s software/hardware platform. The Canadian manufacturer really has to play a lot of catch up to get its share back. BlackBerry OS 10 is the name of the OS formerly called as BBX. The Milan is the first phone to run Blackberry OS 10.

BBX is a major upgrade for Blackberry users. RIM says it’s going to be a massive change since OS 7. It’s the same difference between Windows XP and Windows Vista, which by the way was a massive leap forward.

Will the public take the changes positively? Read on. 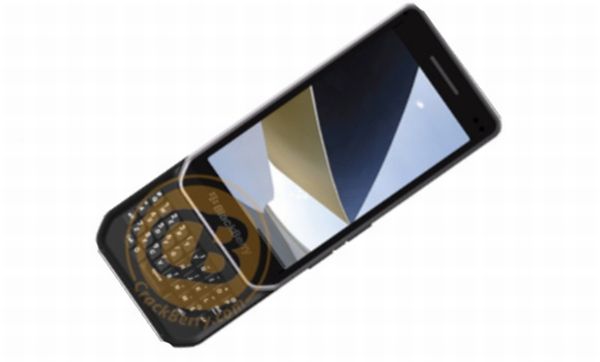 The Milan seems to be a redesigned Blackberry Torch running the new OS. The torch line of phones has always been a love-it-or-hate-it matter. So I’ll let you decide that.

The Milan may be sporting a display higher than iPhone’s retina display. Yes, you read that right. With such a high pixel density display, things are bound to get interesting. With the Milan, RIM may finally give the qwerty keyboard a miss. Also the call end and send keys (which have been present since time immemorial) may also have been removed and the optical trackpad may be absent.

The display seems to be a larger one. Probably a 4 inch or a 4.3 inch. If that is true, then going by rumors, having a higher pixel density than the iPhone and a bigger display is something which sounds interesting.

The layout is mostly the same as the Blackberry London, leaked last month. There’s a sliding qwerty keypad just like the torch series. This, coupled with a HD display should help RIM cover up a lot of lost ground.

A major change expected though is the lack of the optical trackpad and hardware soft keys, suggesting that BB10 might go the way Android Ice Cream Sandwich went.

The Milan will sport a similar spec-sheet as the London, leaked last month. A 1.5 GHz dual core processor, an 8 megapixel rear facing HD camera and a front facing 2 megapixel camera are something of a must have. The others have done it, so it only makes sense if RIM does it, too.

The icing on the cake (no pun intended) is probably the display. With rumors afloat that the device will sport a HD display with a pixel density higher than iPhone’s “retina” display, it’s sure going to give Cupertino some much needed competition.

For Blackberry veterans, there might be a problem. With RIM ditching the bold-type form factor for all BBX devices (or Blackberry OS 10, as you may prefer to call it), Blackberry regulars might find it a bit difficult to adjust to the new form factor. Also the absence of the call/end key may also pose a problem if the UI is not implemented well.

Since BBX is a complete redesign of the OS altogether, it can be a make it or break it affair for RIM. Also veterans may not take the changes positively, and the lack of the optical trackpad isn’t helping the cause either.

This is a grey area with no information on it whatsoever.

This may be RIM’s great come back. Or may be not.

The form-factor and keypad may be Blackberry Touch-like, but that’s where the similarities end. With no physical buttons (the call/end key, the menu button, etc.) and even no optical trackpad, this platform can either get RIM a gigantic market share back or help accelerate the loss further. Veteran users may not like the lack of physical buttons. Also, since no phone will have the bold-type form factor, users used to the Bold may have a steep learning curve.

The screen’s going to be its USP. It’s huge and high density, something which manufacturers have not yet incorporated in their devices.

How the platform is perceived by the public is what will decide the fate of this phone and for BBX as well. Changes in Blackberry are long overdue. With HD-graphics, dual-core technology, oodles of RAM and memory and superior multi tasking, RIM’s competitors are miles ahead. BBX hopes to close this gap.