As with any new phone that is nearing its release date, there is certainly no shortage of speculation and rumors surrounding the Samsung Galaxy S3. For a while, there was a rumor going around that just maybe, we might get to see a quad-core processor, but that was dispelled by a leaked presentation slide. Now we can know what for sure the Samsung Galaxy S3 is going to have in terms of hardware thanks to 1.8 GHz with 2 GB of RAM, along with 32 GB of memory for the user to store things like contacts, photos and videos. 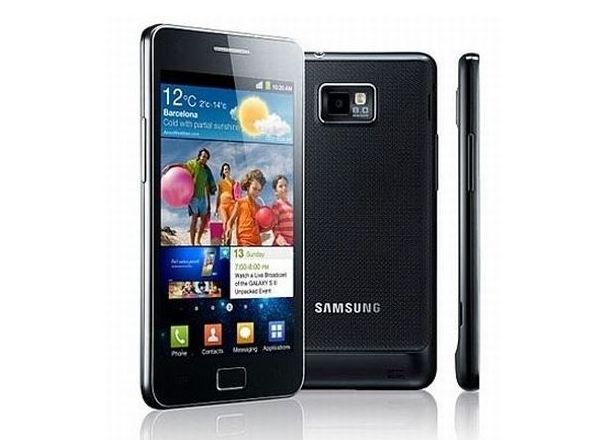 The Samsung Galaxy S3 is the next in line to the hugely popular predecessor Samsung Galaxy S2. The device is for all those Android geeks who want to experience the latest Android Ice Cream Sandwich to its fullest extent. Having faster internet and download speeds, this device would be a great one for all those who wants to live a faster life and require faster speeds to get their work done quickly. This smartphone’s ability to handle huge volumes of content is another great plus and can be used as an alternative to emergency computer or laptop work.

With its great specifications, the smartphone is also for all those who want to get the taste of the latest technology with a screen size of 4.5” that is more than even the LG Optimus 3D. The Samsung Galaxy S3 has also has a larger edge than its predecessor and is sure to give a competition to iPhone 5.

This third Galaxy Samsung smartphone is expected to available in the first half of 2012 at “Mobile World Congress” which would take place between Feb. 27 and March 1 in Barcelona, Spain. The price of the Galaxy S3 is expected to be comparatively similar in price to the iPhone 5.

The phone, for starters is expected to have a quad-core processor and Samsung is hyped to have used a new quad-core chip for the Galaxy S3.This new quad core chip is name Exynos 4412 and is 32 nano meter in size. The chip also has a dual-core ARM Cortex-A9 processing core which is clocked at 1.5GHz and ARM’s quad-core Mali-400 GPU. This new technology is a major reason for the hype surrounding the product.

The Galaxy S3 boasts of a host of specifications. There is the 4.65 inch 1024 p HD display which will ensure you view your favorite movies in the best possible view and in perfect clarity. The Samsung Galaxy 3S also has the Super AMOLED 3D display with a a resolution of 1280×1024 (SXGA). Then, of course, there is the quad-core 2.0 GHz processor which would be the first among smart phones. There is also the 1.5 GB of RAM for faster processing and also has a mammoth 32 GB of internal memory. If you manage to run out with the 32 GB memory, you can expand the phone’s storage ability by expanding it to another 32GB using the microSD card. There is also the 10 MP camera which has LED flash, auto focus and 1080p HD video [email protected], something which will help you capture all your precious moments in life crystal clear. The OS system too is the latest Android 4.0 system giving testimony to the power the phone holds within itself. The 2250mAh battery will also give the smart phone a great battery talk time and standby time.

The Android series of phones are the ones that are currently ruling the market and this hot new addition to the Android super market will surely help the Android systems to retain the hold in the market. With both Apple and Samsung fighting it out in the mobile market, Samsung is sure to come out with all guns blazing with the Samsung Galaxy S3. The Samsung Galaxy S3 is in fact termed as the World’s would-be best smartphone and is also expected to be the world’s slimmest smartphone when it releases. The phone is also expected to have the lowest SAR value. The SAR value basically mentions the radiation level that is emitted by each phone. Every mobile phone has to go through a SAR test to see if their radiation levels are suitable before they are released into the market. Having the lowest radiation level, the Samsung Galaxy S3 smartphone is sure to be one which could be safely around all the time. Moreover, with the Samsung Galaxy S3, the 4G world would be beginning, and the 4G world would be a fast world indeed!