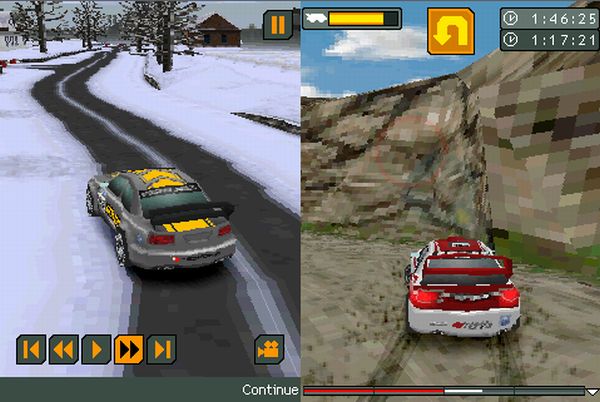 People who are fanatic about mobile games will love to hear this great news that some of the most exciting games are being offered to them at an absolutely complementary price. There is no hidden cost, no registration fee, no membership activation cost for availing these games. Only the nominal software fees is what the company seeks from its clients. They come straight from their manufacturing company. All you need to do is to visit these gaming sites, select your handset model number given there and download the game in your java enabled handset just with some clicks of a few buttons. Set the WAP application of your handset to on mode and then be wise enough not to download the demo version of these games but the full version. Here is a list of ten such games for java mobiles

As you can understand by the name of the application; it offers a combination pack of three games for java mobiles at a time. So, if you love to solve the Sodoku puzzles, if Minesweeper strategies amuse you, or even if Mahjong pleases you;  look no further. Download this combo gaming software from In Fusio and bring home three games at the price of one. Although not absolutely free as you have been thinking; you are in any case paying much lesser price than what you would have paid for three games.

This gaming software comes with a full version download option; which is made available to the customers after a nominal payment. This is the most economic gaming software so far; that is equipped with the most beautiful graphics and gaming experience.

It is compatible with a lot of popularly used handsets of cell phone brands like; Sony Ericsson, Nokia, LG, Samsung, Alcatel, Motorola, Panasonic, Sagem, Toshiba, etc. All you need to do is to get an idea of the specific models that have Java enabled with them, which can run the same.

If stimulating games for java mobiles is what you have been looking for; then you will be happy to secure this gaming software, 3D Super-G Stunt 1.2 on your handset. This gaming software has been developed by OmniG Software Inc. and is an flight action game. You will experience the exciting aerobics race with the aircraft of your choice; and even the environment you prefer to race in. As you play the game, you will have a life like experience of sitting in the cockpit of your aircraft; as well as crossing each level of difficulty with your strategic mind.

The graphics of this game is stunning. It accentuates the level of concentration and response of the player by the sophisticated physics simulation and numerous camera views. Each level has been designed to set challenges to the player, which makes the game even more addictive and enjoying.

The option for customization according the preferences such as the choice of routes and the aircrafts; along with the facilities to paint the sports planes in ten colors provided makes the experience even more amusing . 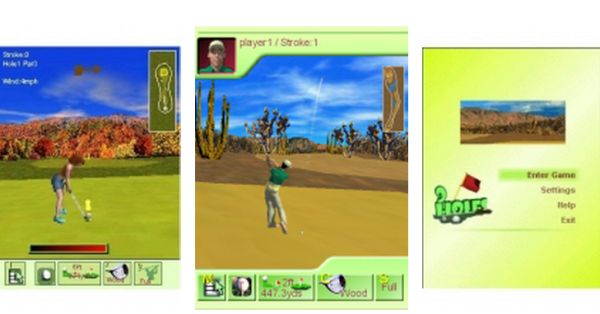 This game is specially designed for those who love to play golf. Now you will be even more happy to play golf in your java enabled handset. This mobile gaming software presents the most realistic golfing ambiance; and the most addictive features of a real golf tournament. The game is further customized with player options from one to six; along with distinctly different gaming environment with separate climate, landscape and available environmental lighting. Four players can compete and play simultaneously in each court and there are about 27 holes in each of the courses. A perfect choice for those who love mulit-player games for java mobiles

It is vital to track the ball as you hit it with your golf stick, before it enters your aimed hole. This work is done here effectively by the 3D camera; that comprises of particle view and the real time screen rendering option. The realistic ball physics helps the player to chase, track and stroke the ball according to the inclination of the game.

It has been imagined by the game developers to make the game realistic and impart the players a real gaming environment. Thus, the game becomes more realistic with the provision of challenging ambiance like bunkers, water hazards, varying intensity of wind, etc. which can be manipulated by the user as per choice.This game is also compatible with a host of popular mobile handsets. 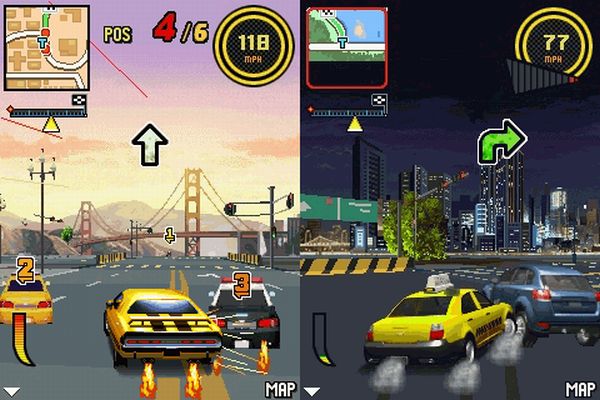 San Fransisco is now on the verge of criminal attacks. The mastermind of all these misdeeds is Lord Jerico. There is only one man who can save the city and that is Tanner. Now, it is the time for you to be responsive. You are to act as Tanner, the detective, who would chase the city with the car Dodge Challenger to find, defeat and drive out Jerico. This is a classic car chasing game for all those who love action packed stimulation games.

The classic driving sensation which has been popular so far, prevails all through the game in this software too. There are provisions of five different environments in San Francisco with ten different missions.

The calibrated graphic environment comprising of dense and fast moving traffic and the background story of Tanner’s undaunted courage and never ending appetite to take revenge upon Jericho that stimulates the user to be a part of this game and get completely absorbed in it.

The most favorite sport of US, the soccer is back with full vigor in this popular gaming software Real Soccer 2012. The software, which had been launched earlier, now gets a new makeover with improved graphics,multi-player options and excitingly stimulating environment. The player is also free to select the preferred team from those of the European national league and get absorbed in the game. The stimulation experienced by the player right from the qualifying rounds to the finals and the celebrations of the virtual audiences in the stadium is really engrossing.

The great options to select from 240 teams and hundreds of real players makes the game even livelier. You can also compete among your friends in a single match by sharing the game through Bluetooth with your friends’ handsets.

The software have become more user friendly now by virtue of the clearer graphics, easy to understand menu, livelier stadium and vivid animation. The History Mode also enables the player to play some of the real historical football matches ever. It is a great way to examine your knowledge of soccer.

This is a stimulating action game that concerns duck hunting. The Duck Air Force is equipped with arms, ammunition, helmets and war parachutes to give a tough answer to those who indiscriminately hunt ducks. They are excellent fighters. You are the opponent and need to shoot down each of the duck characters to win points.Along with the general complexity level like novice, expert and master, some other specialised levels are also there in the game like Blitz, Sniper, Crossfire, CliKill, which hints at greater intensity of duck movement at each level.

Its compatibility with the leading brands of handsets and the game is operable in desktop as well as laptop. It is supported in Windows, Mac, Linux, Pocket PC, Palm OS and Symbian series 60.

If you are fanatic about car racing games for java mobiles, then take a breathe and settle down for Asphalt 6 Adrenaline car racing game. The virtual racing environment features exotic ambiance and unending routes. The excellent graphic of the game is the one behind this. What more, you will certainly love to ride on some of the most prestigious cars of the world like Ferrari, Ducati, Audi, Lamborgini, etc. What can be more challenging than a real driving experience while playing this car racing game?

The colorful environment and the virtually modeled cars running on tracks make the game acceptable for people of different age group. 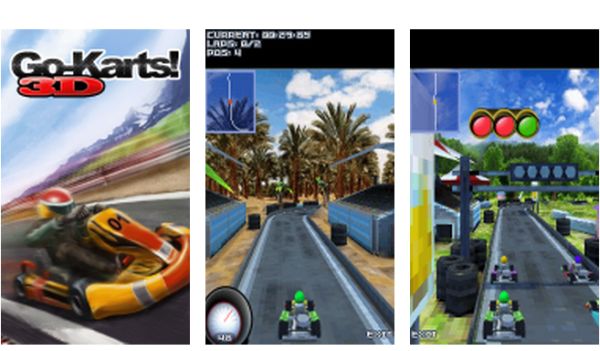 Another racing game that might drive you crazy is the Go Karts. The 3D environment and the cars on the running tracks make the racing experience extremely exciting. This game features twelve tracks and three distinctly different and picturesque racing ambiances make the game even more amusing.

The game offers great excitement to the user in the form of three levels of challenge; the competition, championship and time attack. The superior quality graphics and the realistic physics along with three different racing environments;desert, amusement park and city, makes the racing experience a professional one.

This racing game presenting real environments of the world. The astounding graphics and sound system serves as an excellent base for many professional Formula 1 racers too. 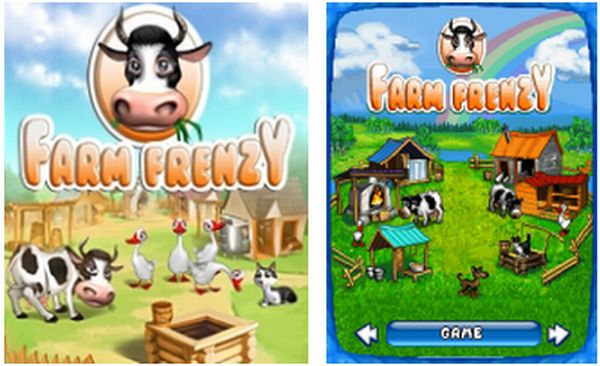 This game will definitely be most rewarding experience for the eco-conscious generation. This game will take you to a real farm like experience, where you will be able to work as a farmer. In this game your work profile will include running the farm, tending the farm cattle and merchandising the wares of the farm. Time management and planning are the keys to this game.

The USP of this game lies in the different levels of activity , which increases gradually. At the basic level the player is supposed to collect eggs, the preceding levels include cheese production, shearing of wools to the production of woolen yarns, baking cakes from the secured milk, etc. There are 48 levels of action packed experiences. There are nine farm products to sell in the market, six agricultural buildings to purchase and five cattle that need your care.

The most efficient feature of this game that makes it widely popular is its compatibility with a majority of mobile handset brands of the world, like Vodafone, Samsung, Sony Ericson, Motorola, BenQ, Alcatel, Nokia, etc. The superb graphics quality and the brilliant sound output make the game even more realistic. 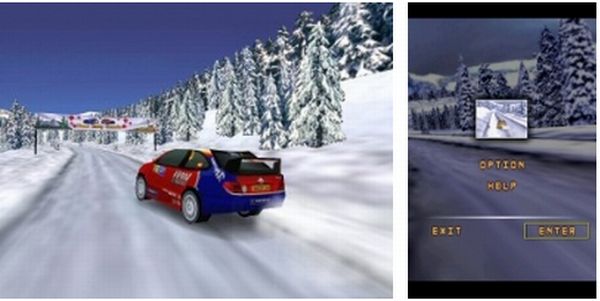 How about driving crazily along the snow covered paths of Canada? If this idea fascinates you then this is the ideal game that imparts this realistic wild country rallying experience. The imaginary, undulating tracks running all through the Canadian coasts provide real stimulation to the user. The worth mentioning routes that characterize the racing game is inspired by the real tracks of Canada like New Brunswick, British Columbia, Newfound and Labrador, Nova Scotia,Ontario,Quebec and Yukon.

The major USP of this mobile racing game is the real life, picturesque portrayal of Canada, which is rendered by the excellent graphic quality. The high quality sound system further adds up to this output. The live video recording and video replay options make the game even more realistic. The lifelike physics simulation creates the realistic approach of the game.

This is one of the stimulating car racing games for java mobiles. It is characterized by its compatibility with mobiles of varied screen sizes and layouts, such as the QVGA vertical or landscape, VGA vertical or landscape, square screen resolution of 240 x 240 or 320 x 320. It is further compatible with all the editions of Java phone like OS, 2000, 2002,2003, 2003 Second Edition, etc. making the game extremely user friendly. These add up in making this game widely popular among the users too, drawing in new subscribers every time.