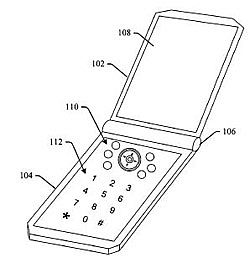 The patents spotted were speech enhancement/filtering, an on-screen keyboard, capacitance touch slider similar to that of iPhone, contact display, health monitoring, clamshell form factor, and remote control of playback on a remote device.

All these patents somehow point out to the fact that sooner or later, we are going to have a phone (maybe the Zune phone) from the house of Microsoft.

An attempt to make a mobile phone...