Home Off Beat Vodafone launches phones for the poor
Off Beat

Vodafone launches phones for the poor 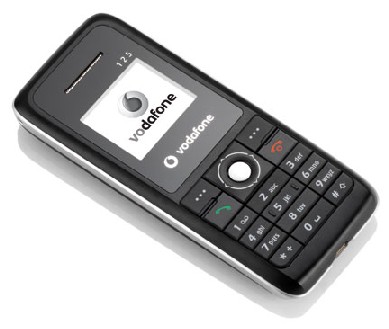 From now onwards millions of people all through the world could access mobile phones for the first time with the release of Vodafone’s first ultra-cheap own-branded phones. It is said by the company that these phones are cheap enough for poor people to have. Plus the Vodafone 125 and 225, released recently, are aimed at expanding the availability of affordable mobile phones in increasing markets.

The mobile phones have been produced for Vodafone by Chinese manufacturer ZTE Corporation – the first handsets resulting from an agreement between the two companies announced in December. They will come into view first on Vodafone networks in Egypt, Romania and South Africa. The Vodafone 125 and 225 are reported to be consisting with a similar set of basic features, although the 125 has a monochrome display whereas the 225’s display is colour.

Vodafone is also planning to open access to mobile services for more people in countries where mobile networks are the most viable and cost-effective communications service available. The phones are said to be coming with the price tag of around $25-$45 (£12.50 – £22.50).

Vodafone launches phones for the poor was last modified: May 22nd, 2013 by Community Writer | Community.Drprem.com

October 28 Debut for the T-Mobile Sony...

The iPhone Case: Another Proof Of The...

Enhancing the Signal with a Smarter Cellranger