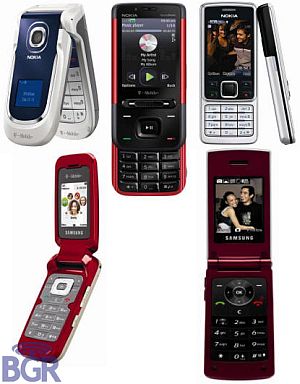 Its raining cellphones over at T-Mobile and the firm just announced that it will be adding five more cellphones to its ever burgeoning kitty. After the recent launch of the Nokia XpressMusic 5310, the carrier has announced that there will be three more Nokia additions to their service as well as two Samsung handsets before the end of June. The new additions include Nokia XpressMusic 5610, Nokia 2760, Nokia 6301, Samsung t229 and Samsung t339. Now the interesting thing is with so many options at hand, will T-Mobile customers be really persuaded into signing long-term contracts for these tantalizing phones available on the network just yet, or will they be tempted to wait a little while more like the end of august to try and see what new yummy phones make it to the carrier? It’s really a double-edged sword T-Mobile is maneuvering and we hope to heavens this brilliant strategy doesn’t backfire for them!

Smartphones that imagined themselves leaders, but turned...