Sprint and Motorola to officially announce MOTO Q in mid-Feb 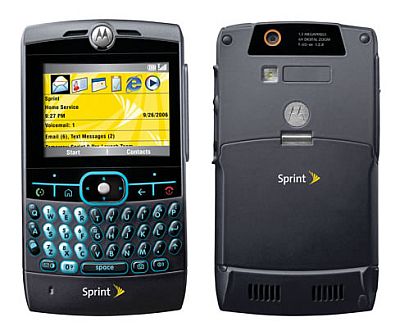 Motorola and Sprint has just revealed their plans to offer the slim and stylish Motorola Q officially in the very near future. While it has not been confirmed that what Sprint is going to charge for the MOTO Q Smartphone that works on Windows Mobile 5.0 Platform, the Smartphone will be offered through both the Sprint’s sales channels and its site.

The salient features of the Motorola Q include:

The upcoming version of Motorola Q will boast NFL Mobile that will let the users access the real-time stats and figures of the team. Other than that, it will also integrate support On Demand that will enable the users to download web content such as sports, news, and movie info. The MOTO Q is expected to hit the shelves in the mid-February.

Sprint and Motorola to officially announce MOTO Q in mid-Feb was last modified: May 22nd, 2013 by Community Writer | Community.Drprem.com

‘Pantech A1407PT’ buzzes through your bone!

Upcoming iPhone to have nano touchscreen?