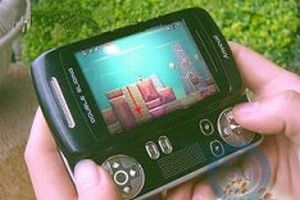 With Sony Ericsson plunging into the portable gaming arena, gaming freaks around the world seem equally excited with the very thought of it. Rumor has it that this time Sony would not adapt their already-popular brand name -the ‘PSP’. This portable gaming cellphone would run on Sony’s state of the art technology and just like the ‘Nintendo Wii’ it would also feature the motion sensitive controls.

This is definitely not a big deal for Sony as they have already embarked their S500i with MSCs. Researchers are already comparing this concept with Nokia’s N81, we better wait and watch. No final word on the prices though, but would this cellphone concept be competent enough to chase its rivals? Let us keep our fingers crossed for Sony.

Chinese craft : iOrgane is the closest...

Samsung unveils a classy prop-cradle for your...