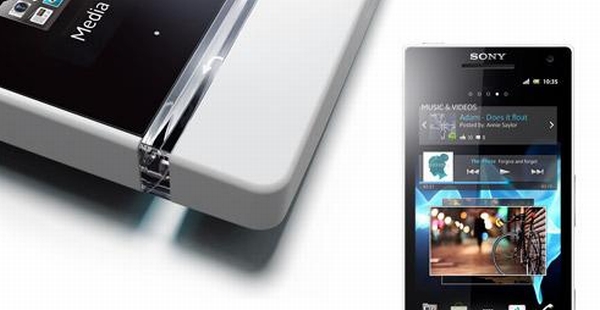 The Xperia S from Sony joins the series of flagship phones from the company with its astounding razor sharp 720p display and a 12 MP camera. Another addition to the NXT series, the Xperia S redefines the Xperia lineup with a new and innovative design and massive improvements and upgrades. It is late to the party though, when quad core processors and Ice Cream Sandwich can be spotted at a hair’s breadth away, but the low price might actually act in its favor. An OS update is something that is just a matter of time and it has the hardware to handle it too. What the other phones in its category lack are the 4.3” 720p 342 ppi screen and a 12 MP camera. These two features alone make it a flagship phone to reckon with. 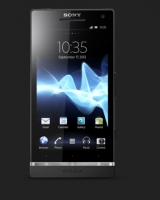 The Xperia S is a great performer and a fighter. The hardware humming under the hood can probably run even the updates after ICS. Gingerbread purrs like a cat and roars like dragon if and when needed. Menu transitions are great and quite the eye candy. Multitasking is also seamless. Call quality and signal reception is flawless. Music playback, as usual, is one of the best out there and there is nothing more to be added in that department. The 1750 mAh Li-Ion battery gives a stand-by of up to 450 h (2G) / up to 420 h (3G) and a talk time of up to 7 h 30 min (2G) / up to 8 h 30 min (3G).

Sony divorces Ericsson, but that does not mean that the quality of their phones has gone down the gutters. The Xperia S is a feature packed phone. The phone supports Quad Band GSM/GPRS/EDGE and Dual Band 3G. HSPDA is at the standard 14.4 Mbps ad HSUPA at 5.76 Mbps. The screen is a whopping 4.3” and accommodates five icons at the bottom (rather than the standard four). It is a 16 M color LCD capacitive touchscreen. It is LED backlit and has a 720X1280 pixel resolution with a pixel density of 342ppi that is simply off the charts. The display is also powered by the Sony Mobile BRAVIA engine. The phone runs on Android OS v 2.3.7 Gingerbread and an ICS update is soon to come. As for hardware, the CPU is a dual core 1.5 GHz Scorpion processor on a Qualcomm Snapdragon MSM8260 chipset and the GPU is the Adreno 220 (a bit dated but it gets the work done). The phone also has 1 GB of RAM and 2 GB of ROM. The primary camera is a 12 MP auto-focus variant that has a built-in LED flash and supports multi angle shots. Video recording is 1080p at 30fps. The front camera is 1.3 MP and can record video at 720p (few phones are able to do that!). The GPS of the phone has a new feature called GLONASS along with the standard A-GPS support. Inbuilt memory is 32 GB which cannot be expanded with a microSD card.

The Xperia S is like a beautiful woman: it has all the right angles and the curves! The illuminated transparent strip adds a unique accent to the phone. The overall design is a throwback to the Xperia line’s awesomeness and the curved back panel is a nod to ergonomics. The screen of the Xperia S is HUGE and delivers as it promises. Images and videos are exceedingly sharp owing to the mind blowing pixel density and blacks and contrast are great as well. The Sony Mobile BRAVIA engine is sure to add a whole new dimension to the displays on Sony’s coming devices.

Sure the Xperia S is very late to the party and a couple of cores short. But that does not mean that it will roll over and play dead for its rivals. With plenty of storage, astounding display and camera and awesome audio quality, this phone at such nominal price is here to stay!

How to build a wireless home network...

5 Reasons why you should sleep with...