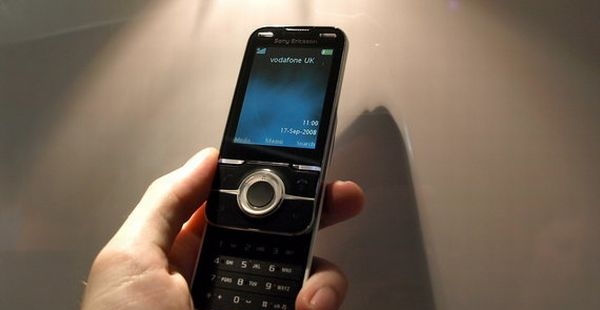 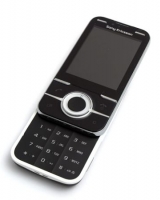 It has a 5 megapixel camera that offers a maximum resolution of 2592 x 1944 pixels and a detailed range of options that can be chosen that includes smile shutter, face detection, macro mode, spot metering and image geo-tagging. The camera offers good day and night pictures, with the help of the LED flash and 4x digital zoom. The LED helps brighten things up with no illuminations and that’s for sure, but the flash effective range is less than two meters. Good videos can be recorded at 30fps. The front-mounted camera can be used for video calling and games as well. Brilliant audio/video entertainment is provided by the Sony Ericsson Yari. The only issue is that it lacks a 3.5 standard jack and has a Sony Ericsson proprietary headphone and USB connecter instead. It does have stereo speakers that offer good sound. The Sony Ericsson offers awesome game play options that includes D-pad controlled games like Guitar Rock Tour, Bubble Town, FIFA 10, NitroStreet Racing, and Quadrapop that can be played using the gaming keys. It also has the ability to play both motion-based games and gesture controlled games. It uses the secondary camera to track motion so that you can use your body to control the game. The Sony Ericsson Yari offers two motion based games, LocoRoco and Bowling, along with two gesture-controlled games that are pre-installed, Tennis and Fitness. The Sony Ericsson Yari takes the experience of gaming to a whole new level with a gaming stand it comes with. One can really make the most of the gesture-controlled games through the gaming stand. With a standard Li-Po 1000mAh battery, the Sony Ericsson Yari provides 10 hours (2G) / 4 hours 30 minutes (3G) talk time and a standby time of 450 hours (2G/3G).

The Sony Ericsson Yari is built with a proprietary CPU and Sony Ericsson JP-8 operating system, with an internal memory of 60MB. It supports microSD external memory cards with a maximum of 16GB. 2G (GSM850/900/1800/1900) as well as 3G (HSDPA 900/2100) networks are supported by the Sony Ericsson Yari, along with multiple options of connectivity that include GPRS (Class 10 (4+1/3+2 slots), 32 – 48 kbps), EDGE (Class 10, 236.8 kbps), Bluetooth 2.0 with A2DP and USB 2.0. It does lack Wi-fi connectivity option though. The Sony Ericsson Yari offers different messaging options, SMS, MMS, and Email along with a WAP2.0 / HTML browser. It’s also packed with a Facebook application that displays everything one needs to know, Stereo FM radio with RDS and audio/video players that support MP3/eAAC+/WAV/MP4/H.264 formats. A-GPS support along with Google Maps and WisePilot Navigator for good and accurate navigation can also be found in the Sony Ericsson Yari. The best feature of the Sony Ericsson Yari is gesture and motion gaming, that can be enjoyed to the fullest with the help of an Accelerometer and the front camera. This incredible youth phone is available in three colors, Achromatic Black, Metal Rose and Cranberry White.

The Sony Ericsson Yari is a beautiful and joyful slide phone that’s relatively slim, with dimensions of 100 x 48 x 15.7 mm and a weight of 115 grams. It has a nice and crisp 2.4-inch screen with a resolution of 240×320 pixels and 167ppi pixel density, along with different animations that add interest. It offers high image quality with good saturated colors (TFT, 16M) and remains totally usable in direct sunlight. The slide-out keyboard takes the length up to around 13.5cm, but the keys are really nicely spaced unlike other Sony Ericsson models out there. The Sony Ericsson Yari also has buttons (gaming keys) above its screen that can be used to call up the game menu and as game controls.

The Sony Ericsson Yari is packed with multimedia features that can be used each and every day. It fulfills more than the basic needs and requirements that one look out for in a phone today, but takes things to the next level with its camera-tracked gesture control that’s combined with accelerometer action. The Sony Ericsson Yari is an impressive gaming phone that offers intense fun and excitement through its different gaming options. At a cost price that’s under Rs. 12,000, the Sony Ericsson Yari is not a very expensive phone and offers a great package for its price. It will be appreciated by many and specially loved by the ones looking out for interactive gaming on the go.

SpareOne: Cellphone that stands by for 15...

How can I send Urdu sms from...

Which one is better for movie streaming...