Skype had released a testing version of its app for Windows phones a few months back. Skype finally released the tested version of the app, on Sunday. This app can now be downloaded from Windows Phone Marketplace for free. 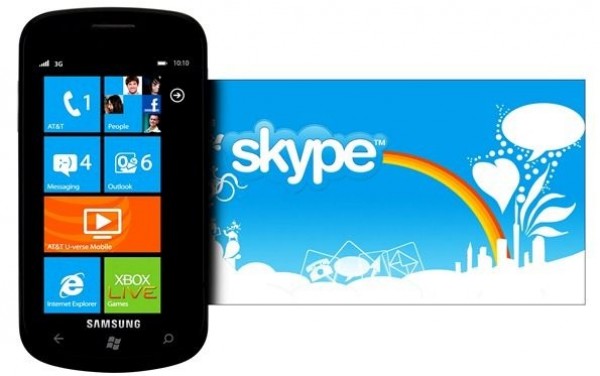 Now Windows Phone users would be able to connect to the wide Skype network of 200 million users. Skype is available in 18 languages and now runs on Windows desktops, Mac, iOS, Android, Symbian and Windows Phones.

Skype would work on networks like 3G, 4G and Wi-Fi. New features like contact management, block/Unblock, sending/accepting invites and calling in portrait mode, have been added to the beta version. Skype lets you make video calls over internet data services and it works best with good Wi-Fi connectivity.

This app has been tested for all major manufacturers including Nokia, HTC and Samsung. There are seven major models for which this app is certified namely Nokia Lumia 710,800, 900, HTC Titan, HTC Radar, Samsung Focus Flash and Focus S.

Unfortunately this app will not work for low end Windows devices. A minimum of 512 MB RAM is required to install the app. Also this app is not compatible with Windows Phone Tango operating system. We think Skype should work out an alternative for such devices considering the presence of Nokia Lumia phones, such as Nokia Lumia 610.

Skype was taken by Windows in October last year. Windows made their intentions clear by saying that apart from integrating in Windows products, it would be available for other OS platforms too.