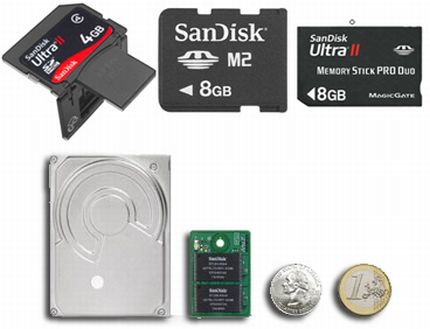 Everybody seems to be preparing for ‘IFA 2007’, and so is ‘SanDisk’ with their high-tech storage disks. They are ready to display the ‘Memory Stick Micro card’ that is capable of storing a whooping 8GB! This latest M2 card is to be used for Sony Ericsson cellphones and most interestingly, it’s world’s highest capacity M2 card.

At IFA they would also be unveiling their Solid State Disks, uSSD 5000, competent enough to store data within the range – 2GB to 8GB. It is great to hear that they are fully compatible for Intel Classmate PCs and may be Eee PCs. They would also showoff their Multi Card Expresscard adapter, 4GB SDHC Plus card and Memory Stick Pro Duo card (their Ultra II series) just for $30, $80 and $160 respectively.

Nokia to come up with a ‘triple...