Samsung mobile trio gets into the ‘Guinness World Record Book’ 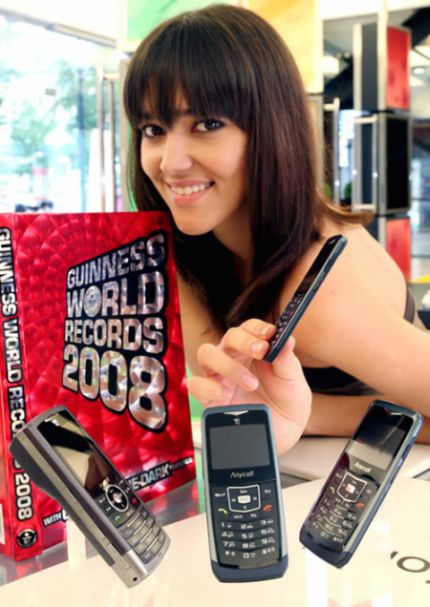 You will have to actually catch a glimpse of these Samsung phones to believe what mobile developers at Samsung have fabricated. ‘Samsung’ just released its trio of cellphones that carry names of actually being the world’s slimmest mobiles. Confirmed by ‘Guinness World Records’, these are seriously the slimmest of the slimmest mobiles available in the market place till date.

These phones – Samsung Ultra Edition 5.9, Ultra Edition 8.4, and the Samsung B600 have a class of their own. ‘Samsung SGH-U100’ has won laurels of being ‘the world’s slimmest phone’ ( just 5.9 MM thick), the 3G technology enabled Samsung SGH-Z370 is the world’s thinnest 3G phone (just 8.4 mm thick). Getting their name written in the ‘Guinness’ is an achievement for any cellphone manufacturer, and this would surely help ‘Samsung’ to gather enough revenue globally.

Samsung mobile trio gets into the ‘Guinness World Record Book’ was last modified: May 22nd, 2013 by Community Writer | Community.Drprem.com

LG Prada honored with ‘Best of the...

Cell Phone for the Future from Mark...

The iPhone will hit India in September,...