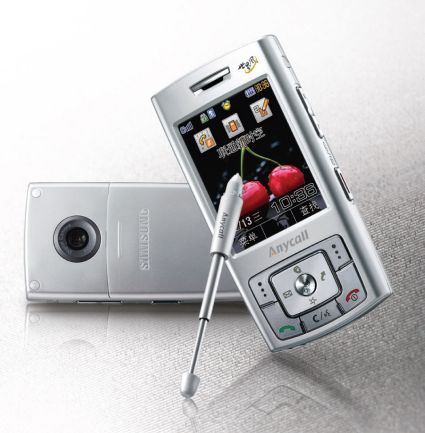 ‘Touchscreen’ it was never such a rage but since Apple introduced iPhone things has changed and not a day passes when a touchscreen phone is not introduced.
Latest to join the ranks will be Samsung SCH-W559 touted as first handset to have incorporated Immersion’s VibeTonz technology.

Its rather large QVGA display responds to touch by vibrating and can be customized. User can use both stylus and finger tip to operate the phone. Immersion says this technology helps in making the touchscreen interface look like mechanical keys.
W559 will be introduced in the market by China Unicom which boosts of 135 million user base.

Other features include 1.3-megapixel camera with support for both CDMA and GSM network coupled with Bluetooth, Hand recognition with audio and video playback capabilities.

No word on pricing as yet but can’t wait to be hands-on with this thing.

Was Google Phone no more than a...