Home Off Beat Samsung SOUL: Pamper your senses and inspire your soul
Off Beat

Samsung SOUL: Pamper your senses and inspire your soul 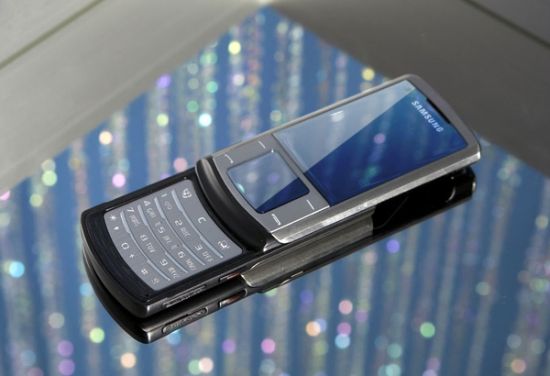 Samsung has been making quite a wave in the cell phone market off late. Only a couple of days back we were discussing about how the new Samsung G810 was trying to compete with Nokia for the honors of being probably the best multimedia phone around today. If not the best, Samsung surely wishes to make it the more popular choice. While there is still some way to go, they surely are not holding back on the Ultra series which has been so profitable for the company in the past. The series included popular models such as the D900 and U600. Now the family has a new member and if anything, it is far better than any of its predecessors.

Samsung today announced the launch of ‘Soul’, which will be the new flagship product for the company. Soul is all set to officially make its grand debut during next week’s Mobile World Congress in Barcelona, Spain. Soul, an abbreviation of “The Spirit of Ultra”, is all set to take the market by storm. Samsung is planning a very aggressive campaign for the mobile. Soul basically appeals to those conscious of both style and substance. It is being dubbed as the best possible amalgamation of both worlds in features and the styling.

The phone is slim, lightweight and stylish and also offers all the features when essential looks for in a modern day mobile. Soul enhances the usability for the user with features that adapt to the user depending on the application. With Magical Touch by DaCP, navigation indicators on the keypad of the phone change according to the user’s needs. This means that navigation through the phone is both simple and comfortable with you having to deal with keys that you require only at that moment and nothing in excess. This is a wonderful step forward towards smarter phones.

My personal favorite part of the phone is the 5 megapixel camera that provides with amazing quality. It is amazing that despite the sleek and compact design of the phone, we still get such wonderful camera and even the audio quality is pretty good. The 7.2 Mbps High Speed Downlink Packet Access (HSDPA) browser allows you to download faster than the 3G phones. With 15 hours of music playback and usual extendable memory, the phone is almost perfect. Now if the looks don’t floor you, then the features ensure that you go gaga for this exquisite piece of art and science.