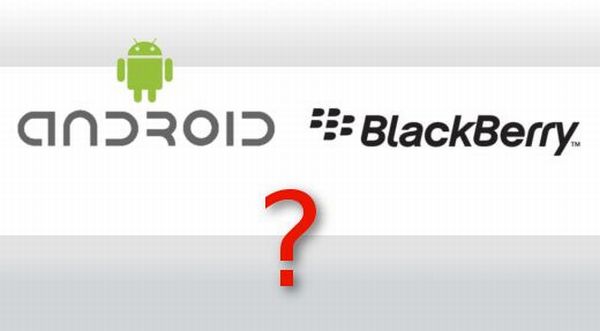 Five reasons it’s worth switching from Android to BlackBerry

It is certainly a growing trend that many people are switching from BlackBerry phones to Android based devices these days. Nevertheless, not many would have tried the opposite; switching from Android to BlackBerry. There are quite a few reasons that add to the jig, however, for most who have tried the other way round would definitely possess valid reasons to explain. In short, for those who prefer getting work done and making money, then smart phones are the ideal trick over conventional modes. Apparently, when it comes to the question of top notch e-mail support, entertainment or getting work done, Blackberry seems to odd out the rest of the picks.

There are quite a few drastic differences between the BlackBerry phones and Android-based devices. The Android phones are more of a toy, and the BlackBerry is ideally more than a phone. The following are the few differences noteworthy to mention:

1. Making calls is much easier in Blackberry

If you quickly glance at the Blackberry home screen, you can identify that it is much easier to make calls. Contacts are easily pooled out by merely typing the individual’s name. Making a simple phone call is also easier. All it requires is to simply hit the call button, and then start dialing the number. Dialing is enhanced in Blackberry. Nevertheless, what could be the big deal? Android phones can make calls as well.

However, making a call on an Android phone feels more like a chore. It appears as though the phone is always shuttling the various apps. Also, opening the dialer for making a call, is more like handling an app unlike the Blackberry. The dialer is available in an instant in Blackberry, whereas in Android, it is more of a lag. With this, one can be assured that BlackBerry is a more of a phone and an object to be toyed secondary.

2. Seamless integration of apps in the Blackberry

Another aspect worth mentioning in the BlackBerry is the process of integration. Be it any app, say for instance, the e-mail, sms, media, instant messaging, and so on, they are integrated virtually seamlessly. It is this feature that makes Blackberry extremely convenient. To send a file, the user can just navigate, locate the file and choose the option to e-mail. This is however not true with the Android phones. Google does have services that feature superior integration, but they mostly don’t stand ground to be compared.

There are conflicts observed to send a file in Android phones, because most of them are third party apps. There is a constant conflict for permission that is observed, when the user opens apps for different applications. However, when it come to the question of integration of apps for google-based products such as the gmail, google contacts, gtalk, google maps, and more, they seem to be working well. Also, the menu button that is located on top of the Blackberry phones is much easier to use and learn.

A fact to admit would be that Android phones are much prettier to look at. The apps are a visual treat on Android phones. The experience with the touch screen is great and should be tried a couple of times to avoid mis-clicks that can happen. However, the battery life is not worth mentioning and is poor when it comes to Android based mobile phones.

Being a smart phone, it is apparent that Android based devices should work efficient on various platforms. However, this is not the case that is usually observed. This is exclusive of the apps in the Android phone, where the GI users feel that an application might work well on the Droid phones rather than the GI models.

This feature seems to be common with the Android models, and is could be due to the lack of the standardization in such phones. Despite the various versions of Android that are being released in the market, different manufacturers top up their models with different skins. For instance, the HTC is featured with SenseUI, Motorola with Motoblur, and the Touchwiz in Samsung phones.

Although, Android is more of an open source application and can be improvised, developers need to devise methods to make apps friendlier to Android 1.6 to Sense Android 2.1. This feature of standardization makes the Blackberry excel over Android.

Is there any 4G toggle option in...

How do I extend the Apple iWork...

Why my LG Chocolate BL20 is getting...

How can I connect internet through Nokia...

When is the iphone coming to sprint?

What can I do to use Samsung...

Where to get Apple iPhone parts?