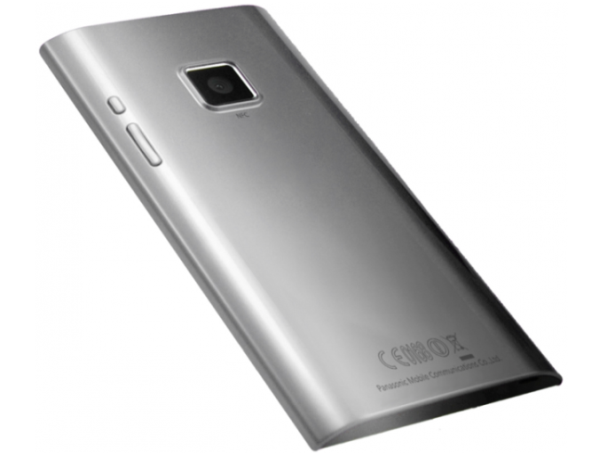 Panasonic has come out with yet another Smartphone revelation. It is a 4.3 inch Android phone doing the rounds this time. The first in line Panasonic European Smartphone assault is packed with a plethora of features. To begin with, the device offers a QHD display bearing a 960×540 dimension. The cross section dons a “D” shape. Although Company sources refused to reveal the name of the device it is all the same slated to flag off Panasonic’s initial European line up. Consumers in Europe have to wait till March 2012 before the device becomes available to them. In fact, the model may come with a few features that the buyers of Japanese Panasonic devices had cherished so far.

The phone features rounded edges, which in turn account for the D-shape of the profile. The home appliances giants have not ventured beyond the Japanese home markets in so far as Smartphones were concerned. Hence, this device will introduce European consumers to the Panasonic Smartphones which had left countless buyers mesmerized. The device also offers a bouquet of interesting features that include a special water resistant capacity. Furthermore, the mechanism will guard the phone against dust damage. Once Panasonic has finished rolling out their latest device into markets across Europe coming March, there are other countries lined up as well. The manufacturers plan to release the Android model in North America and Asia too. While brand specifications continue to remain under the wraps, Panasonic will need a very sturdy device to survive the competition in the Android market.

Apart from being both dust proof and waterproof, the Panasonic device may feature further surprises. While a majority of Japanese handsets come with a dust resistant capacity, North American or European gadgets lack the quality. What the western markets stock is actually a ruggedized variant. Panasonic has decided to structure their design around an existing ultra slim phone. With the Android device, the Japanese manufactures plan to bag a whopping 1.5 million sales figures in 2012.

A few technical specifications are available at the moment. However, it goes without saying that the Unique Selling Proposition of the Panasonic device will be the OLED 4.3 inch QHD resolution screen. According to a Company spokesperson, the dust resistant body together with a slim build may also draw attention from buyers. After a long wait, Panasonic is finally ready to hit the international markets.

All of you out there are quiet aware of the fact that the cell phone division of Panasonic has been gathering enough strength to re-launch itself into the old scenario. The verdict is finally out. The Company has announced their comeback through the Android Smartphone that besides being ultra slim is also D shaped. The screen measuring 4.3 inches is OLED and offers you an excellent resolution. The European release, as planned so far, will act as the Company’s springboard for hitting larger markets spread across China, US and several areas of Asia. The idea is to help the producer’s Android range broaden and clinch around nine million sales outside the borders of Asia by March 2016.

Panasonic plans to break its five year long isolation from the global phone markets with a zap cool Smartphone. The ultra slim device is slated for a grand release March next year. The Manufacturers from Osaka has even released a reference model that is all set to leave users spell bound. What’s even better, the model not only integrates a mechanism protecting it against dust or water damage but also features an NFC chip on the logo gracing its back. The phone is custom made to serve middle aged enterprise owners. The promise does sound interesting. Hence, it would be too early to decide how much the phone is worth. This is one question which only time can answer. However, it seems clear that unless and until Panasonic infuses the device with fresh features, a breakthrough into the European markets may look like a distant dream.

As the newest Panasonic Android undergoes finishing touches, it has already caught the attention of the tech world. The device will reach owners by March 2012 and will mark Panasonic’s re-entry into the global cell phone markets. While the price has not been declared yet, the Company seems very much confident about touching nine million sales margins through these Android beauties.

Now that Panasonic have already announced their intentions to retain a global reach as one of the best cell phone manufacturers around, people can only wait and watch. The Company had refrained from merchandising their mobile phones globally through a five year long period. The initial target audience, according to Company sources, would be business owners in their 4os. Let us now wait with bated breath till the Android surfaces.