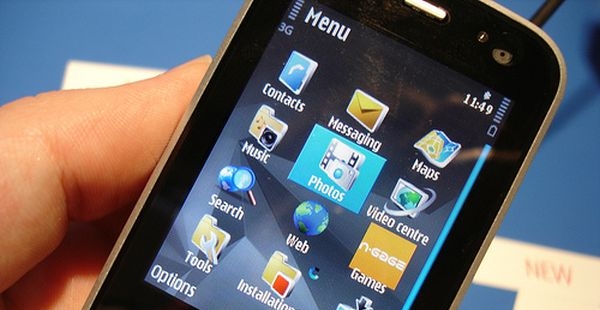 The Nokia N78 is one smartphone from the N series which has been launched in the year 2008, but is still readily available. Like the other models of the N-series, this one is also focused on the multimedia and boasts some of the excellent features. The multimedia specifications range from a 3.2 MP camera and Carl Zeiss optics, FM radio, Wi-Fi, GPS support, HSDPA support, video recording of VGA quality makes it an attractive device for the gadget lovers. The GPS geo-tagging of the photos of yours is the feature which is the highlight of the phone. But there are a few backlogs in the device, like the picture quality could have been better; as well as the call quality could have been made better. The device is available at Rs 15900. 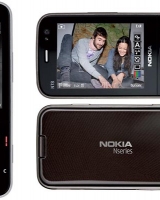 The device has smooth transition with low rate of system crashes. The device responds well to the various applications, but takes a bit of more time while opening docs and multimedia apps, but that is a very negligible amount of time, and not something like crippling. With a 1200mAh battery backup, this device is surely going to last for a good amount of time. With a talk time of up to 4.3 hours and a standby of 13 hours, this device has a digital SAR rating of 1.26 watts per kilogram. Plus the Wi-Fi and GPS also works fine and takes only an instant to get you the location of you. The camera has got the Carl Zeiss optics and it provides the user with a 20X zoom, which is a whooping amount, even for the Smartphone. The camera is also enabled of Autofocus, and LED flash.

The basic feature includes the 2G and 3G versions. The 2G version is of GSM 850/900/1800/1900 and the 3G features HSDPA 900/2100. The OS is Nokia Symbian S60, rel.3.2. The CPU is of basic power, as you can not expect the kind of CPU that you have in those smartphones. The CPU of this device is of power 369 MHz AMR 11. With the regular features like the SMS, MMS, Email, Instant Messaging this device is good fro the regular users. The inbuilt browser of this device is a simple WAP2.0/ xHTML, HTML, RSS feed. With the JAVA MIDP 2.0 support, you can enjoy multimedia gaming as well in this device, plus you can have various themes and screensavers over your screen. The inclusion of the document viewer is one of the developments which have been awaited by the Nokia users. The Document viewer can read Word, Excel, PDF and PPT files. It has direct access to the Flickr, VOX and Nokia Ovi. With an in-built 76 MB storage, this device has got expandable memory slot also with 96MB RAM.

The device is quite similar in design to the predecessor Nokia N82, which had been launched a few years back; but it has got a few changes, like this one is lighter in weight than the previous one. The dimension is 4.4” x 1.9” x 0.6” and weighs only 3.6 Oz or 101.8 g with 2.4” TFT screen. The device is available in three different colors- pearl white, cocoa brown, and blue lagoon, each having its own glam quotient. The device is small and can be easily fitted in your pant pocket. One more feature is the screen resolution, which is as high as 320X 240, with 16 million colors. The screen orientation changes from portrait to landscape whenever you switch on the camera to provide a better and bigger viewing area. The scroll or the navigation toggle is also touch sensitive. You can use your thumb over it in a clockwise or anti-clockwise motion to toggle around the menu. The alphanumeric keypad is just an arrangement of four straight lines, rather than the individual keys. The keypad has to be handled over delicately for avoiding the unwanted errors.

Overall, this device is one of the best, if the price is not considered in the Symbian block of devices. The company should think of bringing down the prices, to make the product attractive to the consumers.

adware spyware removal: Can anyone help?

The 6 best rugged cellphones to take...