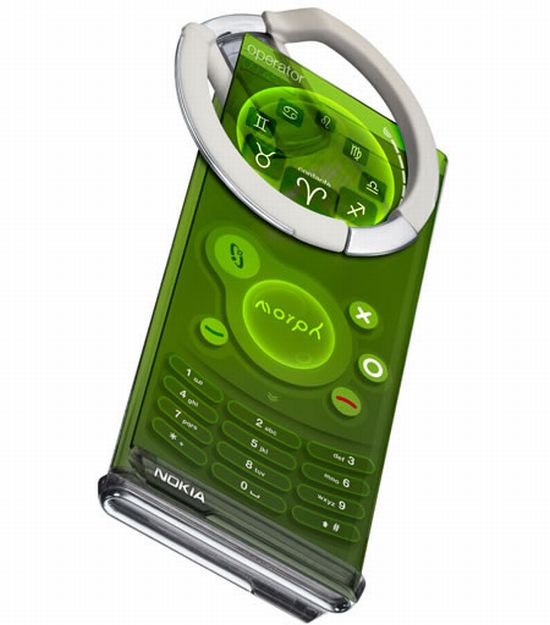 After an extravagant research demonstrating the flexibility over use of mobile devices, Nokia has formulated a concept that explains how future mobile tools could be more stretchable and adaptable, allowing the user to transmute their mobile devices into radically different outlines.

‘Morph’, a definition of the joint nanotechnology theory, developed by Nokia Research Center (NRC) an the University Of Cambridge (UK); and has been launched at the side of ‘Design and the Elastic Mind’ exhibition, put up from 24th February to 12th May at the Museum of Modern Art (MoMA) in New York. Morph features the exhibition catalog as well and on MoMA’s official website. Video after the jump.

It exhibits the ultimate functionality that nanotechnology may deliver; complete with transparent electronics, flexible data and self-cleaning surfaces. Among the noted names with whose help this ease in the mobile devising era has been witnessed are Dr. Bob Iannucci, Chief Technology Officer Nokia; Dr. Tapani Ryhanen, Head of the NRC Cambridge UK laboratory Nokia; and Professor Mark Welland, Head of the Department of Engineering’s Nanoscience Group at the University of Cambridge and University Director of Nokia-Cambridge collaboration.

This association between the NRC and the University of Cambridge was declared in March, 2007 – with an agreement to work co-operatively on an extensive and long term program of joint research projects; Morph being one of these undertakings.
The fundamentals of Morph might be accessible to integrate into handheld devices within a stretch of 7 years, though at the outset, only at the high-end. However, nanotechnology may one day lead to low cost manufacturing solutions, and furnishes the possibility of incorporating complex functionality at a low price.