Home Off Beat Nokia 6215i: The First OLED Phone To Hit US Stores
Off Beat

Nokia 6215i: The First OLED Phone To Hit US Stores 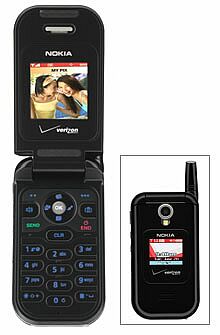 The very first phone with an OLED display to hit US stores is Nokia 6215i. Verizon is offering the Nokia 6215i for a meager price of $50 after a two-year service agreement.

What makes this move so notable is that the OLED screens are eventually going to replace the LCDs in the coming time and the manufacturing of OLED screens cost less then that of LCD screens.

Nokia 6215i: The First OLED Phone To Hit US Stores was last modified: May 22nd, 2013 by Community Writer | Community.Drprem.com

Are touch-screens the future of wireless handsets?

MOTORAZR2 V9: A cut above all!

Motorola to arrive with its new Adventure...