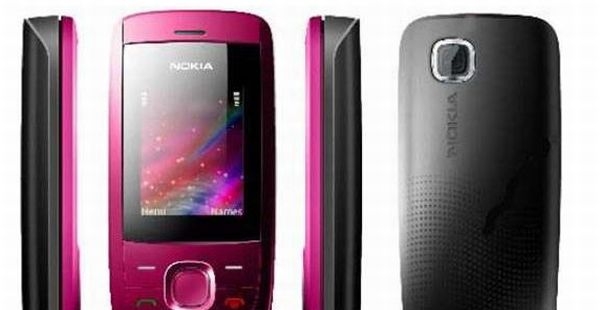 Nokia 2220 is a slider phone that has been released with an optimal price and killer looks. It comes in a range of colors and would be a dream phone for those who wish to buy a phone even from their pocket money! Nokia seems to be targeting the mass market in countries like India where the mobile craze has caught on even in semi-urban and rural areas. 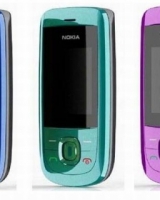 The display on the phone is disappointing. However, the phone is fully compatible with both – the GPRS and the EDGE Class 10. The device slightly under-performs when it comes to data transfer. The GSM signal reception is excellent on the dual band GSM 900/1800 networks that the handset possesses. The sound quality and vibration mode are both average and you will not find many complaints about them. The basic phone has been equipped with the ability to browse apps which is a sort of delight on these basic models. That should be compensation enough for the fact that the apps take time to load. The battery needs regular charging and the claims made about its life may not be completely true in the practical world.

This is one section which will not have much written about! For good reason Nokia 2220 has stripped off almost all features to ensure that you can buy this phone with your pocket money. Built specially for the Indian market, the handset has most of the essential features that a general consumer looks forward to. An FM radio, radio recording features and a WH102 stereo which comes along with a 3.5mm audio jack has been built into it. Select markets of the phone also obtain Ovi Mail, Xpres Audio Messaging and Nokia Life Tools too. The display on the phone is disappointing. The lack of the USB or microUSB means that there is no way to communicate with a PC and the only way to transfer data is through multimedia messaging which could be expensive.

As suggested by its name, the Nokia 2220 is a slider that is definitely the first of its kind to be available in the economy range phones. The looks and finish of the phone definitely is much above its cost-grade. The classy charm and exquisite design combined with its thin frame make this phone appear like a high-end one. The slimness is maybe because of the fact that the phone is thin on features but the D-pad with soft keys, the silver framed VGA camera and the metallic touches here and there do a good job of covering up the basic plastic body that is revealed when one looks at the back.

The phone definitely scores in the colors and looks. It is comfortable to use while making calls and texting. The phone comes with an attractive price tag. However, since the phone lacks so many features that have become absolutely essential in today’s world, one might prefer to go for a higher cost phone that retains these features. All said and done, Nokia has made commendable efforts to get a low range phone with some mid range features and high-end looks!

How can I fix my Livescribe Pulse...

Mobile Script Concept: The next generation of...