Motorola Q Pro Heading For A Release In Q1 Of 2007 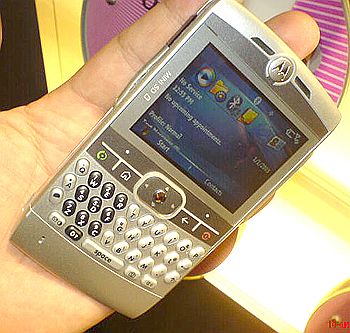 After the announcement of the T-mobile DASH as a stiff competitor to the Motorola Q (pictured above), Motorola has planned to roll out an upgraded model of the slim Motorola Q dubbed the Motorola Q Pro smartphone. While the name is not for sure, the good folks at buywindowsmobile have reported the Q Pro to be encased in black and feature the MOTOPRO Mobility Suite software package that enables the users to perform remote device management. Other specs will include the firewall and e-mail encryption for enhanced security. The Motorola Q Pro is scheduled to make a debut in Q1 of 2007. No words on pricing.

Motorola Q Pro Heading For A Release In Q1 Of 2007 was last modified: May 22nd, 2013 by Community Writer | Community.Drprem.com

And the hazy picture of the day...

Blackberry 8830 World Edition on the cards