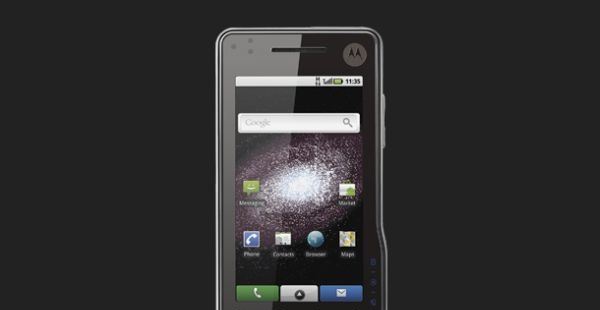 Imagine a dragon. Now imagine that dragon to be Motorola. It was almost extinct. But then came along the Milestone with which Motorola awoke and sniffed an air full of ripe opportunities. Now the dragon sobers up and flexes its muscles and wings, ready to take flight and wreak fiery havoc on its rivals. Just like Star Wars, Motorola decided to get itself an army of droids and what’s a droid army without clones? Solid hardware and innovative designs helped Motorola make a comeback that was unprecedented. Now with the XT720, Motorola is all set to take back its throne unchallenged. The Milestone XT270 is a QWERTY less successor with an 8MP camera and a Xenon flash. The tradeoff is a welcome gesture as the XT720 has more things working under the hood in quite a trendy exterior. 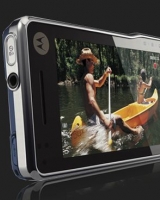 The phone is quite a jack of all trades, for it is a master of none. Decent music, net browsing, display, call quality, gaming etc. The only field it seems to excel is at the camera where it is a notch above. The 3.5mm audio jack means that you can plug in your favorite headphone to listen to music. The phone also has excellent durability owing to its great build quality and can sustain minor falls of sorts. Signal reception is great and so is the call quality. Net browsing was fast on both 3G and EDGE. The mic comes equipped with active noise cancellation. The 1390 mAh Lithium-Po battery ensures Stand-by Up to 320 h (2G) / Up to 320 h (3G) and Talk time Up to 4 h 30 min (2G) / Up to 9 h (3G).

The Milestone XT270 is monster in its own right. It supports Quad band GSM/GPRS/EDGE and Dual band 3g. HSUPA and HSPDA is at 5.76Mbps and 10.2Mbps each. Standard Wi-fi and AGPS support. The XT270 has a moderately large screen of 3.7”, which is a 16M capacitive touchscreen with a WVGA resolution of 480X854 pixels. Even with the WVGA resolution, the decent ppi ensures that the screen offers good clarity. Under the hood is an ARM Cortex A8 CPU running at 720MHz. The phone also has an onboard PowerVR SGX GPU that performs better than the Adreno GPUs found in other phones. The phone also has 256 MB of RAM. The XT270 runs on Android OS v2.1 Éclair. The camera is an 8MP autofocus variant that also has geotagging and AF assist light. The functional xenon flash (not LED) is an added advantage. Video recording is HD in 720p at 24fps. The internal memory is 150MB but users can expand it upto 32GB via external storage. Motorola ships the phone with an 8GB microSD. In addition, we have the usual culprits, the proximity sensor, the accelerometer and the ambient light sensor.

The graphite reflective finish in the front doesn’t seem to counterpart the azure rubbery back but it’s a disparity that you will like. In addition, the curious shapes do well to emphasize the phone’s crown features. The clean straight stroke of the frontage interrupts to form a bump. And, you will stumble upon the shutter key, contentedly raised and ready for battle. At the back, the phone is molded so that the 8MP camera lens and the Xenon flash module are significantly raised. The Motorola XT720 is a high performance cameraphone as well and it wants to leave no stones unturned to prove it. The front of the XT270 is dominated by the 3.7” touchscreen LCD display with a WVGA resolution of 480X854 pixels. The capacitive screen has awesome response, with crisp and vibrant clarity indoors. The brightness and contrast levels are quite good and somewhat impressive.

The Motorola MILESTONE XT720 is without doubt a mobile that aims to set the score straight for Motorola. It’s exceptionally powerful feel and a design, that makes it appear out of the box, is in all probability its two strongest USPs. The excellent camera quality also scores in its favor, as long as the user doesn’t have too much to expect from the xenon flash.

What are the features of watch phone?

The Most Outrageous Cellphones Ever Made