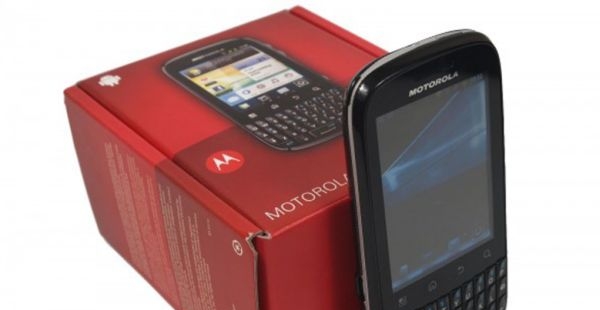 If you are a big fan of the QWERTY keypad and are looking for a budget smartphone, the Motorola Fire XT311 will be an excellent proposition. The phone arrives with a fairly large capacitative touchscreen and a very elegantly designed keyboard. Offering the best in the touch and type experience, the Motorola handset fulfills the ‘fire’ in every texter’s belly. It is being marketed as the phone for the social networks. Other than that and its classy looks, the phone seems to be another addition to the large number of phones in its class. Let us see what the phone has in it. 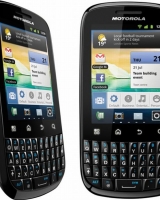 Though the device has been embedded with a 600 MHz chip, it seems to get sluggish with many applications. It makes use of an untouched Android OS but has provided an optional UI called the Moto Switch which allows the user four pre-designed profiles – personal, entertainment, business and the default. The downloaded Facebook app performs well and integrates well with the phone. The camera is a decent one at 3 MP and it shoots reasonably sharp and rich pictures. The battery life is more than satisfactory. The handset has an in-built GPS that works well. The FM radio reception, however, seems a little below par. In places where other phones have good reception, the Fire seems to sizzle out.

The Fire XT311is an Android Gingerbread phone. The screen at 2.8 inches is fairly large and has a decent pixel density to provide sharp and rich images. The handset has been 3G enabled and arrives with all the standard features of a smartphone – Bluetooth, WiFi connectivity and USB connectivity. There is a 3 MP camera that has video recording facility also along with fixed focus and a 4X zoom. The phone arrives with pushmail, IM and the Android Webkit browser. The storage capacity is expandable to 32 GB and the RAM capacity is 256 MB. The other features on the phone are the A-GPS and the eCompass. Though marketed for social networking, the phone surprisingly lacks a dedicated Facebook app which can be downloaded however from the Android market.

The handset scores very high on design. It has an all round, glossy black finish which exudes style and charm. Breaking the monotony of black is an elegant aluminium strip along the side edges of the phone and around the camera too. Though it is not very slim, the phone weighs only 110 grams and is easy to grip. Four capacitative Android buttons rest below the screen under which is the neatly spaced keypad. The left side features the micro USB port, the top has the universal 3.5 mm audio jack while the right side sports the volume rocker and the power switch. It is a control friendly design which allows ease of handling.

The phone has been competitively priced at Rs. 9000. Though it scores high on looks, design and battery life, it seriously lags behind many other phones of its category when it comes to performance. The low powered processor seems to steal away too much from the user experience compared to the LG Optimus Pro for instance. If one is not that high in processor usage, this would definitely be the most classy looking, budget smartphone available.

The Most Popular Phones For Teens And...

Five best competitors of the iPhone 4