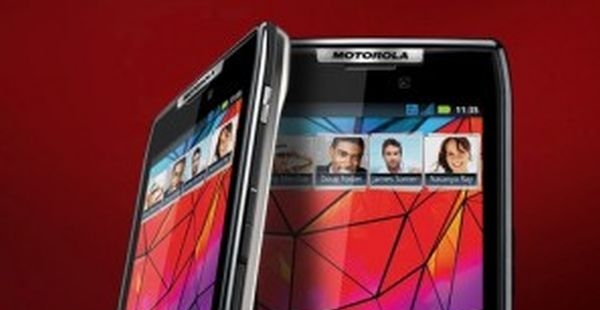 Motorola seems to have put in all its best cards into the creation of the Droid RAZR XT912 which is as special and unique as its name is. Packed with power and loads of features, the phone is a real mighty contender among the best of its class and kind. The high resolution super AMOLED screen catches the eye immediately and then the features simply bowl you over. At the same time, the phone, in spite of its sophistication, is pretty simple and intuitive to use. This makes it the luxury phone of choice for those that like their phone to be stylish, yet simple.

This Droid is a real performer. With absolutely no glitches in its multitasking abilities and high RAM efforts, it beats the daylights out of all the other smartphones in its class and is sure to give the iPhone a run for its money. The 1 GB RAM working in the Android 2.3 Gingerbread OS makes the phone fly. The capacitative touchscreen is sensitive and a pleasure to use. The camera clunks out images that will really stun you with their sharpness and richness. The touch focus which the iPhone boasts of has also been embedded in this handset. There is no need to mention about the call quality and the quality of sound that emanates from its speakers, just awesome. And topping all this is the fact that its battery is tremendous. The 1780 mAh Li battery promises a whooping 12.5 hours of talktime even on a phone as advanced as this.

This is a list that will go long. The large, super AMOLED screen is 4.3inches in size and has been cased within scratchproof Gorilla Glass. It is an all rounder of sorts, supporting both the CDMA and GSM technologies on both, 2G and 3G networks. An internal memory of 16 GB with the option of loading an external memory card of up to 32 GB solves all the storage problems once for all. The best among the Bluetooth technologies (version 4.0) adorns the phone and comes along with LE+EDR. The 8 MP primary camera can replace an actual camera in many cases and the secondary camera allows for video chats. The 1.2 GHz, dual core, Cortex-A9 CPU along with the PowerVR SGX540 GPU ensures mind boggling processing speeds.

Weighing just 127 grams with dimensions of 130.7 mm x 68.9 mm x 7.1 mm, this Droid RAZR stands testimony to Motorola’s claims of having created the slimmest smartphone ever made. Made from diamond cut aluminium, the body of the phone features bold and masculine, squarish edges. Soft textured kevlar coats the back which makes it scratch resistant and strong. That you will struggle to open the battery case in another story altogether. The Corning Gorilla Glass will keep the screen free from water, smudges and scratches and lends that luxurious elegance to the phone. The camera with the flash are located behind and there are four touch sensitive buttons below the screen in front. The phone is available in black and purple in which it looks hot and in white where it looks cool.

In terms of looks and performance, the Motorola Droid RAZR XT912 seems to be the best Android phone made ever. Along with its looks, it also has strength and ruggedness. Being dust-proof, moisture proof and scratch proof, it wipes away the fear of damaging a costly phone by mistake. Motorola has really left no stone unturned in perfecting this king among Androids. The Rs. 35,000 price tag is high but perfection does not come cheap.

What you need to know about PRADA...