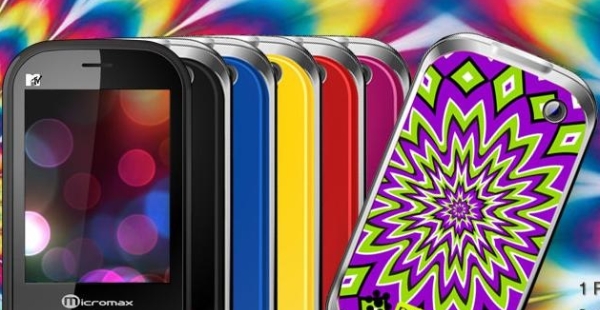 Micromax x505 is a music phone targeted at the young generation. The phone has a 2.8 inch touchscreen along with a 2 megapixel camera. The phone comes with changeable back panel with different colors. The phone is ppopular by the name Psych. Psych is taken from a genre of music “Psychedelic”. This explains that the phone is targeted at music lovers. Micromax collaborated with MTV to provide exclusive bundled MTV content on the phone. The phone also has a loud speaker with loud sound. The speakers are driven by Yamaha Amplifier for unmatched music playback. 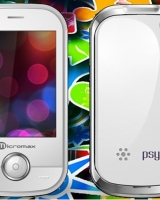 The phone has sufficient memory for contacts and text messages. The memory can further expanded up to 8GB with use of microSD cards. The 900 mAh battery is just average and this is a feature that can be found in most of the Micromax phones. The battery provides a weak talktime of only three hours and a standby of 5 days. The internet on the phone works fine with the pre installed Opera mini. Integration of social networking apps is also a good addition to the phone.

The phone is targeted at young music lovers but still the memory expansion can be only up to 8 GB. Micromax x505 has a 2.8 inch full touchscreen and a 2 megapixel camera on the back. The phone is shipped with changeable back lids in different color to add more style. The audio is driven by Yamaha Amplifiers which provide crisp and loud audio. It has a Bluetooth, WAP and GPRS. On the top there is 3.5 mm audio jack. The phone comes preinstalled with Opera mini and a few games. The phone also supports java for web. It also has Snaptu and Nimbuzz apps. The phone is powered by a 900 mAh battery which provides up to five days of standby. You can save 2000 contacts in the phone per SIM. Other features of the phone include FM radio, video recording and video player.

The phone comes with a beautiful 2.8 inch screen which displays 65k colors. The dimensions are not so big which makes the phone handy and easy to carry (104.8x56x12.9). The phone comes with two back lids in different colors which you can change according to your taste. The phone has apps for social networking which is a must have feature for young people. It also has good multimedia features like loud audio output through speakers, video player, FM radio etc. The phone comes in two colors Black and Silver.

This phone is not a great all round device but if it’s the loud sound you want, you can get the cellphone. Unfortunately this phone will not provide you a lot of playback due to its weak battery. You can change the looks of the phone by using changeable back covers. One great feature of the phone is integration of Yamaha Amplifier for the sound. Even on loud playback there was no distortion in the sound, but it lacks a lot on the lower frequencies (bass). The phone can accommodate two SIM cards with dual standby. The phone also has bundled MTV media for your entertainment. Phone has a lot of wallpapers which can’t be criteria to choose a phone. But the design is great and it looks cool with different colors.