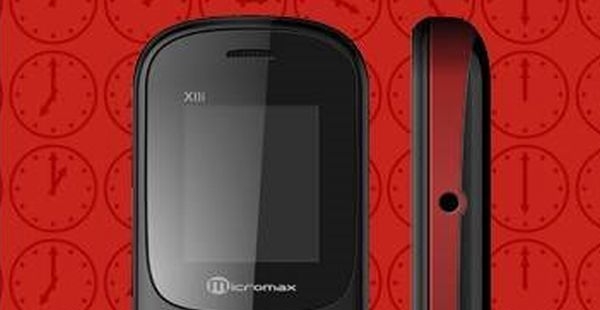 When you get a phone for just above Rs.1000, you do not complain about anything and simply celebrate any feature that is presented. In such a scenario, the Micromax x11i arrives with the dual SIM feature in a sleek, black handset which is simple, easy and elegant to use. The handset has been neatly molded and definitely has a style statement of its own. But the most talked about aspect of this handset is its superlative battery that gives at least 16 hours of talk time which is phenomenal to say the least. The powerful battery is the USP of this phone which claims a marathon performance. 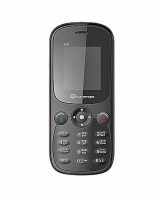 Let this much be made very clear that the phone performs very well on all the features that it holds. Both the SIM cards work well in making calls. Nothing more could ever be expected of the battery and it supports the calls, audio player, video player and the radio extremely well. The speaker is loud and of a fairly good quality. To allow for good video and audio storage, the phone can hold a 8GB microSD card which it accesses decently well.

Usually, one would not expect this section for a phone available at such an economy cost. Of course, there is no camera – no camera worth its function comes at that low a cost. But the handset sure has a powerful Li-ion battery which has been rated 1800 mAH. This offers up to 17 hours of talk time and up to 30 days of stand-by time! This battery more than amply supports the music player, video player and FM radio that have been built into the phone. The dual-SIM ability is another plus in the phone and it allows the user to utilize the best of different service providers. It also makes possible, the separation of personal and business calls. The micro SD card memory can be expanded up to 8 GB. The phone also features a flashlight on the top.

The handset has been elegantly and slickly designed. The stylish looks are augmented with a comfortable and ergonomic alpha numeric keypad with easy-to-handle buttons. The 1.45 inch TFT screen has a fairly good resolution of 125 x 125 pixels. The phone has been made very light for its size – it measures 113.5 x 48 x 15.7 mm but weighs only about 95 grams. The speaker is located behind and the five-way button on the front has been neatly designed. The 3.5 mm universal audio jack is located on one side. The red band along the sides beautifully complements the black color of the phone.

The phone is simple to use and comes with a real powerful battery. It can store up to 8 GB and plays audios and videos. The design is elegant and the looks are stylish. What more can one expect for Rs. 1200? Definitely a phone for the masses, the x11i is extremely handy and very affordable. The flashlight feature is bright and a boon during power failures which are a common occurrence in most parts of India. It is surely one of the best models among the entry level phones.

Can anyone differentiate canon 1d camera with...

Where can I get hp mouse driver?

Where to get Microsoft Tablet apps?