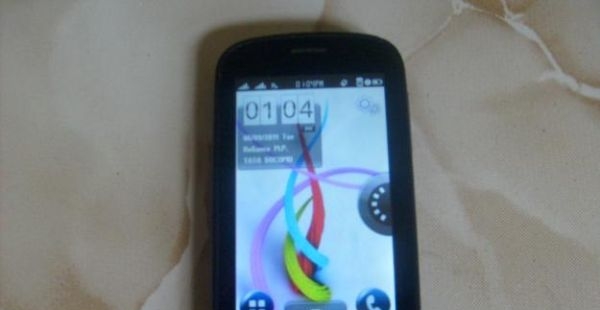 Another candy-bar form, resistive touchscreen phone from Micromax, the Qube has been so named after its user interface which is in the form of a 3D cube. A sleek handset made in black and purple, it looks all set to be a success story in the Indian markets. With its GPRS, 2 MP camera with video abilities and the social networking apps, the handset includes almost all features that an Indian buyer would value. But going on the face value without a detailed look could be potentially hazardous. How does the Qube perform when met squarely?

It is on several aspects of the performance that the handset fails to deliver. In call clarity and signal reception, the phone is satisfactory. However, it is in the web services and battery performance that it is a big let down. Evidently, the 1200 mAH battery is grossly inadequate and the phone seems to need a recharge every few hours, notwithstanding the 8 hours talktime promised. The phone simply switches off during use. It is also not able to surf the net and often crashes due to insufficient memory. The camera functions decently well except that in low-light conditions, a purple patch seems to appear at the corners. The keypad too disappoints as it is not touch sensitive. While a stylus has been provided, texting in itself is a harrowing experience on the insensitive screen. The Bluetooth is slow and when used for long periods, leads to crashes. The saving grace comes from its good quality audio and music performance.

When it comes to promised features, the phone delights at its cost of Rs. 3970. The handset comes with a 2 MP camera which takes pictures and does VGA video recordings. For storage, there is a microSD card slot expandable to 16 GB. The battery loaded in the phone in 1200 mAH and the display is a resistive touchscreen with 256K colors. The user interface is a 3D cube which is elegant and innovative. There are v2.0 Bluetooth and USB features along with GPRS class 10. The Opera Mini is available for web browsing and stereo FM radio presents itself for entertainment on the go.

The design is mindblowingly beautiful! At first glance, the beautifully molded plastic body gives the feel of an iPhone. The looks are charming and alluring and that is definitely one of the big pluses that wins ones heart. The phone is very sleek and weighs an amazing 85 grams only. On top of the handset is the power button while the volume controls are alongside the camera button on its left side. The bottom houses the USB port and the 3.5 mm audio jack. An enticing screen-exit button has been located right under the screen in the front. On the other side is the retractable stylus. The 3D cube interface adds life to a touchscreen surface that is almost getting outdated now and the three sides of the cube incorporate different sections of applications and services. On the whole, it is as if Micromax made this phone to show off its designing abilities.

Micromax attempts to make its handsets as the best ones among the low-end phones. Here it seems to have got the mix wrong and has created the worst among the high-end phones! However low the price is, any user demands quality in performance. The price also was much higher when the phone was released but has steadily dropped down since. That might be due to the many complaints the phone has received in terms of its battery and web performance. The Micromax X550 Qube almost gives the impression of an experiment gone bad.