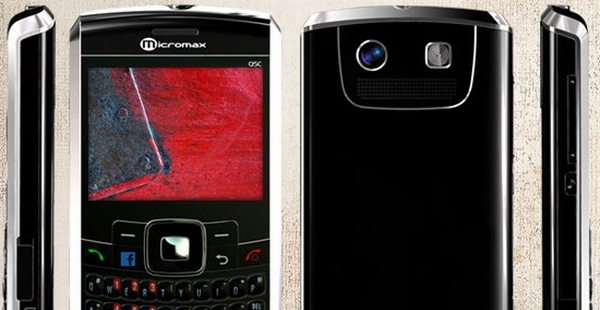 A lot of mobile companies have surfaced in the last 2 years and they are hell bent on making the big brand names from creating a monopoly in the mobile market. Companies like Spice, Micromax, Gfive and others have brought great technology at less than half the price as compared to the biggies. The latest addition to this furor is Micromax’s Q5C which is a CDMA handset that has a QWERTY keypad, looks great and comes with awesome inbuilt social networking apps. 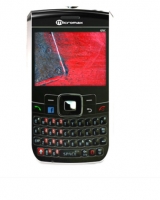 Be advised that this is a Micromax phone and is a CDMA, so most of the big brand name and network features will be missing. The phone supports Dual Band GSM/GPRS/EDGE. Both GPRS and EDGE are class 10, hence net browsing will not be blindingly fast. The screen is a 2.2” TFT with a resolution of 240X320 and a pixel density of 182 ppi. The 2MP camera is a poor excuse and the flash is virtually unusable. The headset quality is not good and the loudspeaker is not loud enough. Call clarity is good but most of the times you may find yourself talking to robotic voices: meaning the voices on the other end tend to sound metallic. The phone is pretty mediocre and does not excel exuberantly in any arena. The Li-Ion 1000 mAh gives a stand-by up to 180 h t and talk time up to 5 h.

The Q5C from Micromax is a CDMA handset which is uncommon when GSM handsets are in abundance and people are left with few choices when it comes to the CDMA category. The QWERTY keypad is an added USP. The phone also sports a 2MP fixed focus camera which has a LED flash. The native music player supports a variety of formats like WMA, MP3, AMR, MIDI and WAV and the video player is capable of seamlessly playing 3GP, 3G2, MP4 and H263 formats. The stereo FM radio is great at catching frequencies and is a good addition when in the mood for some new music. Another USP of the Q5C is its social networking readiness. The phone has dedicated shortcuts to Facebook and Twiiter and also comes with the preloaded Nimbuzz app that lets you stay connected over multiple IMs like MSN, gtalk and Y!Messenger. The phone’s internal memory will let you store 1000 contacts and 1000 texts. The external storage can be expanded to 4GB via microSD. Also, the phone has Opera Mini browser which loads webpages quite fast.

Micromax, for some strange reason, decided to focus more on the keypad than the screen itself. Thus, the user will find himself/herself gawping at a mediocre screen but a great QWERTY keypad. The screen is definitely better than all the screens of the Q-series combined (even better than the Q5fb) yet it may be the cause of the undoing of this otherwise great phone. The keypad, however, is fantastic. The keys are large and well placed and are a charm to type upon. Another addition is the Blackberry-ish Track Ball that makes navigation fun and easy. The keypad also has a dedicated key for Facebook much like its brother, the Q5fb. This inherently brands the phone as a Social Networking tool. The phone also has a miniUSB and 3.5mm headphone jack at the base. Overall the phone does not look good but not to the point of being ugly. At 115 x 62 x 12.5 mm and weighing 95 gms, the phone is neither thin nor lightweight, yet it seems to overcome these drawbacks in quite a balanced way.

The Q5C is not really you would want to go running after. It has a lot of ground to make up for to pose a real challenge for other CDMA handsets within the same price range. At a little over Rs. 5000/- it is not really a cheap phone, but not an expensive one either. However, the interface is buggy and the lack luster exterior is certainly not an eye catcher. It’s a mixed evil, should you choose to buy it.

How to send text from computer to...