written by Community Writer | Community.Drprem.com May 17, 2012

Android, being an open-source software stack for mobile devices, allows manufacturers to tweak the basic UI to offer a unique experience to their users. LG did the same and introduced Optimus 3.0 UI for all the Android 4.0 (Ice Cream Sandwich) devices. According to the company, the interface is designed while keeping the speed and convenience in mind. CEO and president of LG, Dr. Jong-seok Park says that the hardware components for most of the smartphones are similar nowadays and this is the reason why they are deploying new interface to differentiate their product and offer some extra as well as useful features. 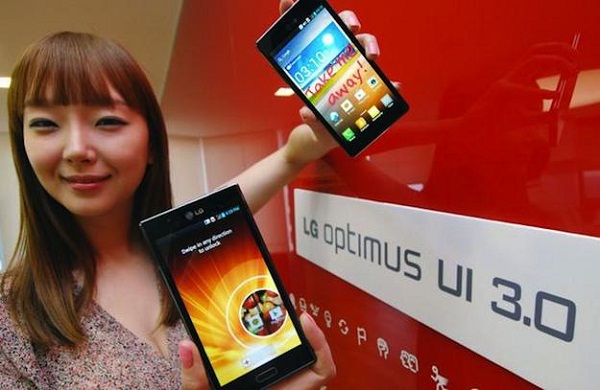 One of the most powerful ICS devices offered by LG is Optimus 4X HD. With 4.7-inch True IPS 720p display and quad-core Tegra 3 processor, it has all the advanced hardware components. However, even the latest hardware is not of any use if the software is not up to the mark. This is the reason why LG has added Optimus 3.0 UI and showing its unique features just before the release of the handset in Europe. Apart from 4X HD, the UI will also arrive with LG Optimus LTE II.

The new interface will allow the user to unlock the screen by dragging anywhere on the display, which looks like a double-edged sword because there are chances that you may unlock your phone more often then you like. Optimus 3.0 UI will offer a Voice Shutter feature to allow pictures to be taken by voice commands. This will allow the user to set a specific command to use the camera shutter. It will solve many problems for phone camera that are more prone to shakes and do not focus as fast as a full sized camera.

Other feature includes Improved Pattern Lock to preset the frequently used functions to open automatically once the phone is unlocked. There will be a burst mode, which will allow the user to choose the best shot from a series of images. A new Quick Memo features will also be a part of the new UI, where the users can write notes on the screen with fingers, save and share via email, text messages or social networking websites. Other features include

LG’s UI are rated below both Samsung’s Touch Wiz and HTC’s Sense, so the introduction of new UI gives us a clear hint that the company is trying to change things. We hope that these UI enhancements can take LG to a better position in the Android smartphone game. However, to see the results we have to wait and watch until the release of LG Optimus LTE II that will hit the stores this week and LG Optimus 4X HD that will be released in June. If we talk about our experience, we were fairly impressed with the company’s latest offering.