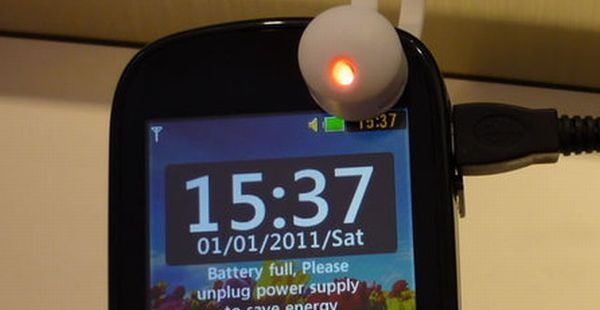 LG T500 is a cool and stylish touch screen phone that flaunts 2.2 inches TFT with 256K colors. The phone has special apps which can be used to access social networking like Facebook and Twitter. It also has added push mail feature to support your professional life. On the back, there is a 2 megapixel camera with 2X zoom that can capture images with1600x1200 pixels. The phone also has a image editor to modify the images. Sadly, the phone runs only on a 2G network. 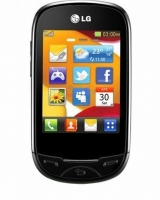 The screen looks bright and glossy, but the visibility is low under sun. The call quality is moderate and the listeners experience some noise during the call. The volume output of the phone is sufficient. The battery is 1280 mAh which provides an average 8 hours of talktime. The audio playback through the phone is great and it has preset EQ settings to suit your listening. The video playback is not the best and looks sloppy. The document viewer along with push mail is a good addition to go with your professional life.

The phone captures too many great features for its light on pocket budget. It has a decent 2 megapixel camera which can click still images perfectly. It has a bright resistive touchscreen with 256k colors. Apart from this, the phone supports microSD cards and memory can be expanded up to 8 GB (50 MB internal). Other handy features include FM radio and Bluetooth. The battery is not so good and provides 8 hours of talktime and 500 hours of standby. It has a voice recorder and a good video player for MP4 playback. The coolest feature of phone is the anti theft mechanism which helps you to track the mobile when it is stolen.

The phone has rounded edges which gives a round look to the phone. The back panel has some curves too which really suit the overall design. The phone is light and handy to carry in a pocket. It weighs only 86 grams, not the lightest but light enough to carry around. LG T500’s dimensions read 105 x 12.9 x 57.3 mm. The phone is not too big and can easily fit in your handbag, purse or pocket. On the left side, it has a USB port to for connectivity with computer. On the right side, it has volume rocker switch to adjust volume during calls and audio-video playback. The phone is operated through the touchscreen and 3 handy buttons.

Considering the price of the phone, the features are good. Social Networking apps are great addition to the phone and would also help boosting its sales. But the phone is a hog on battery, runs only 8 hours over a 1200 mAh battery. The image capture quality is good for 3 megapixel camera but video capture is pretty bad. People are not recognizable in the videos. The plus points with the phones are push mail and document viewer. To sum it up, the phone looks stylish and has widgets for picasa, facebook and twitter.

Has you ever faced incoming pic messages...

How to unlock GSM phones?