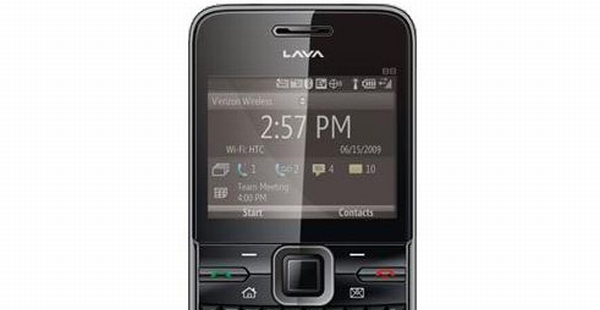 Among the few Indian companies that have become strong players in the mobile phone market is LAVA which is slowly carving a spot for itself in the otherwise heavily populated market. Promising to get the power into your hands is the LAVA B8 which has obviously decided to take the BlackBerrys head on. Along with the QWERTY keypad comes a host of accessories which provide a good deal along with the handset. The phone looks business-like but it remains to be seen whether it really means business. 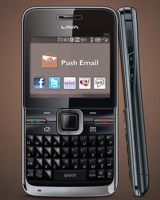 This well-designed handset presents some shortcomings when it comes to call quality. There is noticeable distortion in the call reception while the outgoing volume seems a bit low. The camera performs well and there are no complaints against it. The trackpad on the keyboard is super-sensitive and responsive. The battery that has been embedded in the phone is mighty and it lasts almost 4 days on an average. Another plus about the battery is that it does quite a lot even in the low-charged state. The other features performed well. The user interface however seems less than professional for a phone touted to be used for business purposes.

The LAVA B8 is a dual-SIM capable phone which straight away promises an easy way of separating personal calls from work calls. To fulfill its promise of functioning as a complete business phone, it offers push mail and WiFi. There is a touchpad for convenience. The handset is powered by a powerful, 1400 mAH Li-ion battery. The user-friendly interface is backed by Java, EDGE and GPRS support for fast and easy browsing. A 3.2 MP camera equipped with an LED flash sits behind the phone. The photos taken and the other data can be easily stored on the expandable external memory of 16 GB. The G sensor makes it possible to shift between apps and screens in the phone by merely shaking it. A PC suite, music equalizer, FM radio (with recording facility) and a flashlight torch complete the impressive list of features.

Designed like a Berry, the LAVA B8 has a QWERTY keypad with a smooth gun-metal exterior. For easy navigation, there are a host of shortcut keys on the pad. The right side has the USB slot with a neatly designed volume rocker. The central trackpad has been designed like a diamond and it further adds to the ease of use. The backside panel of the phone too has been as stylishly designed as the front. The phone is sleek and weighs 109 grams which is quite low for a device of its dimensions. The metallic border that lines the phone along its sides lends a dignified finish to it.

The LAVA B8 has been designed to look and feel like a business phone. However, it is definitely not the best QWERTY business phone at its price range. The slight instability in its user interface makes one apprehensive about picking it up for business purposes. Again, the absence of a CPU makes it a doubtful started for business applications. If these problems are rectified, then the LAVA B8 definitely stands as a good competitor to even the higher priced Berrys out there.

LAVA B8 was last modified: May 23rd, 2013 by Community Writer | Community.Drprem.com

Are used unlocked cellphones good to use?

How can I send Urdu sms from...